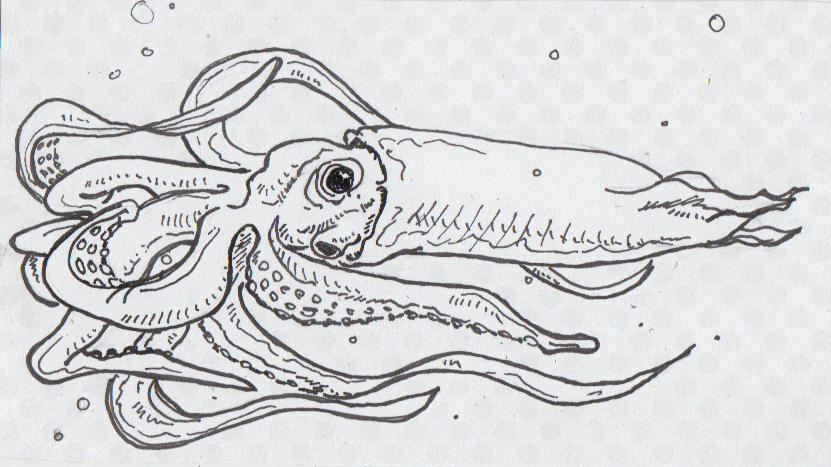 Exctinct cephalopods sized-up by their mouths

Fossils generally depend on bone, or some kind of hard structure to solidify and preserve. So what do you do when looking for cephalopods— invertebrates without even an exoskeleton to hunt for? The best bet is to find squid or octopus beaks, and recently the lab of Kazushige Tanabe hit paydirt on two new species, as the hardest structure on this family of animals.

The first beak looks to be a relative of the modern vampire squid, who is, in fact, an octopus (and has no known aversion to garlic or holy water.) Assuming the proportions are similar between the two animals, the newly discovered Nanaimoteuthis hikidai was most likely around 2 feet long, excluding his arms.

The second find was, in fact, a squid. Using similar comparisons between modern species proportions, it looks like Haboroteuthis poseidon may have been a giant. The crest of its beak was 2.4 inches long, larger than those of 25-foot and 5 foot squid known today, who’s crests were only 1.8 and 1.9 inches, respectively.

All of this research is aided by marine biologists’ familiarity with cephalopod beaks. They’ve been extensively studied, with samples often provided by the guts of squid-eating whales. So even when you have such a small fragment to work with, a lot can still be learned.