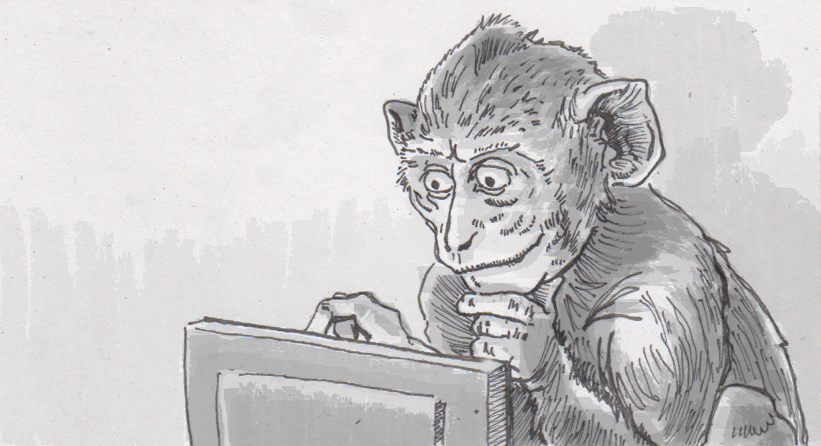 Experiments demonstrate how to manipulate monkey (and human) metacognition

For as many times as we tell our kids to believe in themselves, it’s good to keep in mind that confidence can sometimes be misleading. This isn’t to say that doubting your every decision is helpful or healthy, but that sometimes we don’t realize why we’re confident in the first place, opening us up to manipulation, such as putting more trust in a statement because it’s written in larger letters. This susceptibility isn’t exactly our fault though, as researchers have found that our primate cousins fall for the same tricks. While falling for these influences may seem like a drawback for us, it’s also proving that monkeys have a more sophisticated sense of self than they’re usually given credit for.

Understanding exactly what you do and do not know is called metacognition. It’s very helpful to know where your gaps in knowledge are so that you can adjust your actions accordingly. For instance, if you know you’ve never eaten a particular berry before, knowing you don’t know what it is will probably push you to investigate it more carefully before popping it into your mouth. This might seem obvious, but people, and apparently other primates, commonly make mistakes when evaluating our personal knowledge base, and that can obviously get us into trouble.

To test metacognition in monkeys, researchers had to train them on a multi-step game that would allow these non-verbal test subjects to demonstrate how much they thought they knew about something. Monkeys were presented with touch screens showing a single image, like a cricket, which they had to poke at to proceed. They then see that same cricket image again, along with three other images meant to distract them from their task, which is to poke the same cricket again.

After they make their selection, they’re shown a screen where they need to rate how confident they are about their previous poke. If they’re sure they’re right, they can pick an option that will net them three tokens for a correct answer, but cost them a token if they’re wrong. If they’re less sure about their answer, a low-confidence indicator will let them gain one token, even if they’re wrong. Monkeys are only rewarded once they earn a specific number of tokens, forcing them to play the long game to get a treat.

It’s a lot to throw at a monkey, but they seemed to get it enough to play and reveal patterns in their decision making. Once a monkey seemed to understand the mechanics of the game, researchers started manipulating how information was presented in order to manipulate confidence levels. For instance, higher-contrast images made the monkeys wager with more confidence, while low-contrast images had the opposite effect. These sorts of attributes change confidence levels in humans too, along with shorter, easier-to-pronounce vocabulary and the aforementioned larger text size.

This isn’t to say that metacognition is just a form of self-delusion. Knowing when to take a shortcut, or react quickly and decisively, can be very helpful in certain scenarios. These traits probably evolved in a distant primate ancestor, and have been helping humans and monkeys for millions of years. Of course, it’s probably also helpful to know what you know versus what you think you know, since sometimes that same confidence can get you into trouble.