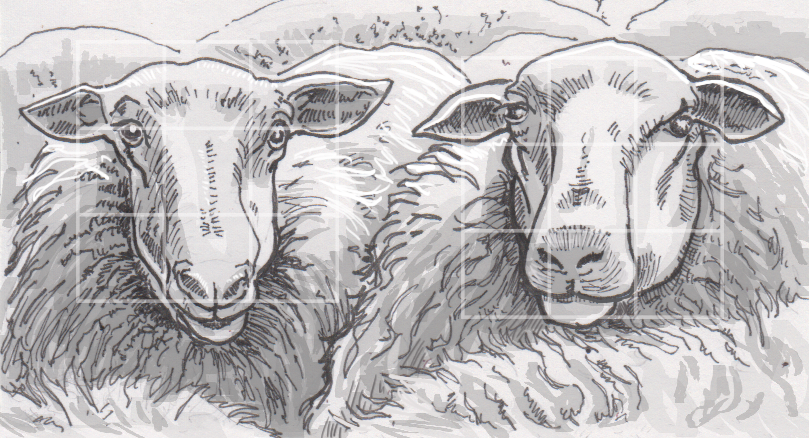 When you stub your toe, the the accompanying grimace on your face is an obvious sign that you’re in pain. The squinting eyes, clenched cheeks and narrowed lips may even be recognizable to other species, because research has found that many other animals have similar reactions when they feel pain too. Charles Darwin himself predicted that some facial expressions were shared across species, and work has been done to refine and specify the details of how that works, leading to codified systems for observing pain, such as the Sheep Pain Facial Expression Scale (SPFES). To really read a sheep’s face requires some training, but like everything these days, work is now being done to automate the process in the hopes that algorithms will be able to evaluate the well-being of sheep 24 hours a day.

The focus on sheep isn’t thanks to these ruminants being particularly expressive, or even having especially human-like anatomy. Sheep are one of many species that have had systems like the SPFES, and more generally, Grimace Scales (GS) developed to help people understand the well-being of animals we regularly interact with. Mice, rats, rabbits, horses and sheep are all likely to undergo medical or research procedures, and assessing the pain experienced by the animal can inform us about how the animal is recovering from everything from tail-docking to infections. Ideally, understanding when an animal is more likely to hurt can help us make these procedures more comfortable in the first place.

In the case of sheep, it may also help prevent the spread of disease. Sheep can suffer from a condition called foot rot, which can then spread to other members of their flock. Identifying which sheep are in pain quickly can help farmers treat those sheep faster, hopefully heading off a larger outbreak. Many farmers can become adept at recognizing uncomfortable sheep, but if that process can be automated, sheep in large flocks will likely have an easier time getting a farmer’s attention.

Building on these existing systems for pain recognition, researchers at the University of Cambridge are well on their way to these goals. The program can scan photos of sheeps’ faces, looking for narrowed eyes, tight cheeks, forward-tilted ears, pulled lips and tensed nostrils. The system then rates each face on a 10-point pain scale with about 80 percent accuracy at this point, with machine learning techniques to boost that score as much as possible.

The system isn’t quite ready for the paddock yet though. So far it’s been analyzing photos of sheep’s faces from a frontal angle only. The next steps are then to take this foundation and get it working from multiple angles of a sheep’s oblong face, as well as when the sheep is moving around, since nobody expects these animals to come and pose for a camera. Once these features are in place, a camera mounted at a water trough or other high-traffic area could keep any eye out for wincing sheep all day long.

My second grader asked: What other farm animals could this help? Cows? Chickens?

Cows seem like a candidate, but chickens are likely going to be tough. As a bird, we probably can’t assume chickens evolved to use their faces in the same way, not to mention the lack of cheeks, lips and ears that this system relies on in evaluating expressions. Even some mammals are apparently tricky, with a species as familiar as house cats apparently confusing people looking for signs of pain.