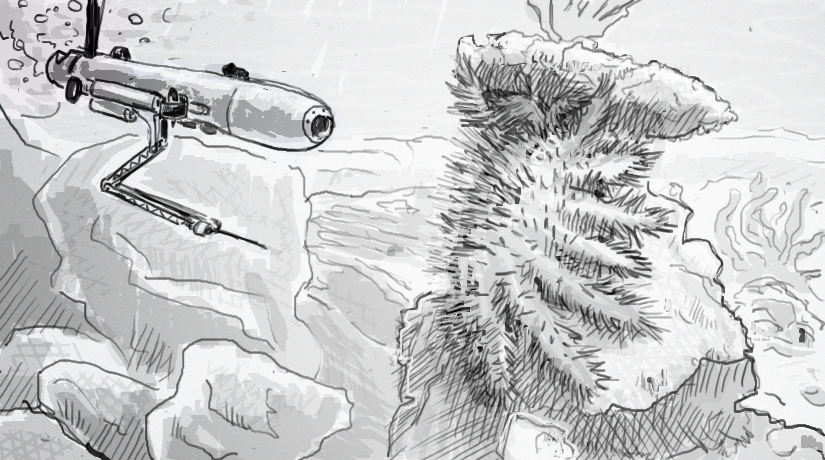 Sea stars, possibly thanks to their compatibility with touch pools at aquariums, or the goodwill that comes with the name “star,” have a pretty positive reputation. These multi-armed eating machines look neat, come in cool colors, and in the case of the crown-of-thorns sea star, are currently destroying ecosystems like it’s their job. For the past 30 years, Acanthaster planci has been ravaging the Great Barrier Reef with the freedom and efficiency befitting a dangerous invasive species. To help the coral, and the Reef at large, avoid being devoured, people have started a number of unusual programs designed to ramp up some predatory pressure on these otherwise untouchable sea stars.

While crown-of-thorns sea stars are among the largest in the world at around 10 to 14 inches across, they have few natural predators thanks to the spines for which they’re named. Across the top of their bodies and many arms are covered in spines carrying asterosaponin toxins. These aren’t actively delivered, but the brittle spines are sharp enough to puncture soft tissues and cause pain and bleeding, or at the very least repulsive taste to heartier eaters. This allows the sea stars to go about their business of eating coral without much fear of being disturbed.

The smell of fear

One thing that does interrupt crown-of-thorn sea stars is Triton’s trumpet molluscs (Charonia tritonis). As some of the few natural predators of A. planci, scientists are hoping to leverage them against the invasive sea stars. However, Triton’s trumpets usually only eat one sea star per week, so flooding the Great Barrier Reef with them wouldn’t be very efficient (and Australia has learned a number of hard lessons about fighting invasive species this way already). The answer may be a gentler, trickier approach. Crown-of-thorns sea stars have been observed to recoil even at the scent of the C. tritonis, and so if researchers can synthesize the threatening odor, they may be able to disrupt groups of sea stars gathering for mating season.

A more direct approach is about the launch in the form of an autonomous robot. The robot, called COTSbot, will be surveying the reef, looking for sea stars. When it finds a match, it will deliver a lethal dose of bile salts to the animal, which is a technique sometimes employed by divers as well. The submarine’s targeting system has been trained in a variety of formats, most chillingly YouTube videos. When the robot has trouble identifying a sea star, it will send a photo back to its operators for human confirmation, but in general it should be able to slowly work on its own for eight-hour stretches at a time.

Hopefully these techniques will start to make a dent in the sea star populations on the Reef, and with better success than other arms races humans have engineered in the past. We don’t want to have to be scrambling for something to prey on COTSbots in the years to come.