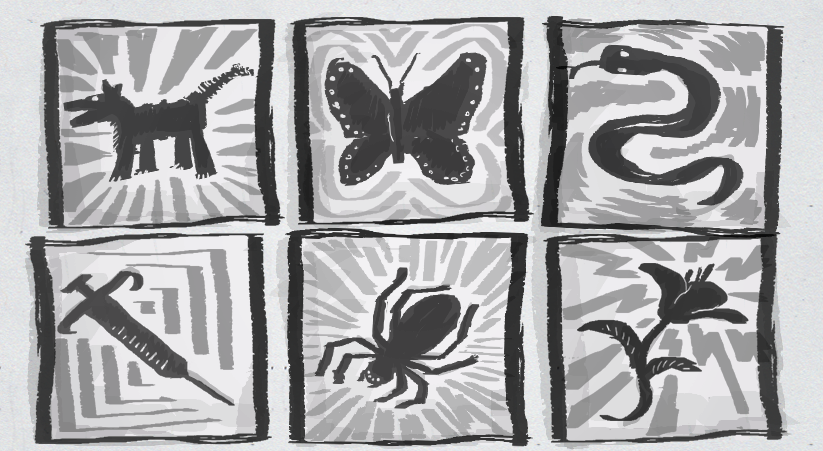 Figuring out the origins of our visual fear responses to snakes, spiders and shots

Once babies are old enough to grasp objects, we start offering them brightly colored shapes, or squeaky giraffes or perhaps snugly bunnies. Some animals, like snakes and spiders, seem to be off limits though, even if their bodies or appendages would actually be really convenient for tiny hands to grip. This probably isn’t surprising, because many humans have what may be an inherent fear of occasionally dangerous animals like snakes and spiders, and that fear seems to turn up at such a young age it may be built into our brains. Scientists have been trying to figure out the exact parameters of these fears though, and how they seem to be a template for new fears we learn later in life.

Tests have found that people of all ages respond to the shapes of snakes and spiders with higher priority than other objects. These tests often require an user to pick the potentially scary animal out of a batch of visual information, with even nine-month-olds registering interest in the image of a snake faster than that of a flower. There’s evidence that this interest in potentially venomous animals has been part of the primate experience for a long time, with monkeys showing similar preferences for snakes over other visual information. The priority to avoid grabbing a colorful snake has even been linked to the some primates’ renewed ability to see the color red after it was abandoned by earlier ancestors.

Spiders apparently made some strong impressions on our ancestors as well. They’re one of the most consistent things that children routinely list as a top fear, even outweighing kidnappings, general predators or “the dark.” The scary factor in spiders seems to be very much linked to their physical appearance, as people who break down what bothers them about the mostly benign arachnids point to things like “legginess” and “sudden movement” over explicit physical risks associated with a venomous bite. It’s almost like our brain doesn’t like the way they look, even if it can’t explain why.

Like people’s fears of snakes, this response to spiders seems to be built into our brains. Attitudes towards spiders seem to run in families, with arachnophobic parents being more likely to have arachnophobic children. This was tested with studies of identical twins, who’s attitude towards spiders matched their gene-sharing sibling more than the people who shared their local environment, which would presumably be a better gauge of actual threats from spiders.

This doesn’t mean that our fears are completely set in stone though, since obviously that would leave us vulnerable to responding to real threats in the world that didn’t happen to slither or stick in webs. Negative experiences seem to build visual fear responses akin to the reflexes some of us experience with snakes or spiders. For example, children who had never been cut by a knife weren’t especially interested in images of them, but a kid who had been given a vaccination through a syringe could immediately react to the image of a needle in visual tests. These reactions could even be designed, as volunteers who were given small electric shocks when viewing images of dogs eventually learned to jump at the site of a canine.

Conversely, people exposed to fear-inducing images for tiny but repeated duration of time can have their fear-response blunted to a degree. While these innate responses are processed very quickly, it’s possible to flash images so briefly that they don’t fully register, and thus are “seen” without triggering a fear response. Repeated rounds of such micro-exposures decrease the fear response loop from our amygdala where threat responses are decided.

The last big influence on these visual fear responses is our mood. If you’re already in an aroused state, possibly from watching a scary movie, every object starts to draw attention the way images of snakes or spiders do. People with phobias are more sensitive to the subject of their fears, and people with social anxiety disorders are on constant alert to any threatening cues, like angrier facial expressions on strangers. Assuming we can selectively desensitize ourselves to unwanted fears, the first crucial step is then to identify what your brain is looking for, then helping it train its attention back to the pleasant flowers in the world.

Source: How do children learn to detect snakes, spiders and other dangerous things? by Vanessa LoBue, The Conversation