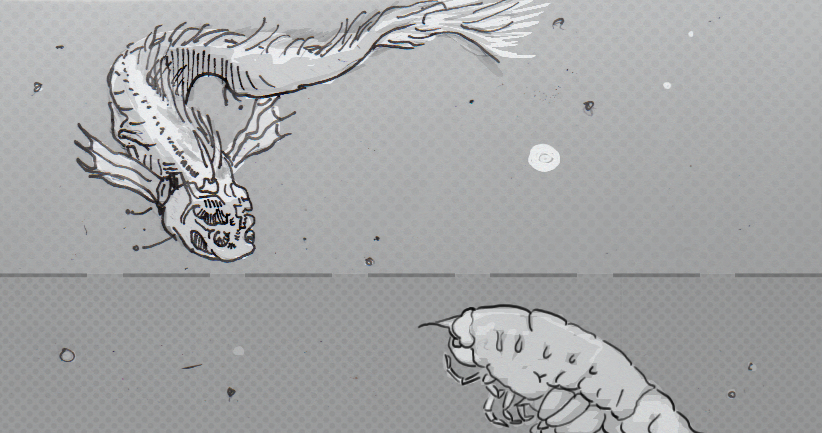 Finding the depths at which fish can go no farther

If you were to explore the ocean’s depths, down where light cannot reach, you’d find a variety of unusual, amazing creatures. Past a certain point though, around five miles down, you won’t find fish. Other creatures live deeper, but fish seem to draw the line at that depth. Since the water is a miserable 35° Fahrenheit already, temperature probably isn’t the problem. Sunlight ends around 2.5 miles down, so that’s not the issue. The limiting factor might be water pressure, and that fish can’t safely smell any worse to keep going deeper.

Water pressure increases quickly as you move down. Humans are fairly sensitive to pressure changes, usually detected by the air pockets in our ears being squished, even at the bottom of a swimming pool. At five miles down, a fish would be experiencing 11,700 pounds per square inch of pressure, which is only possible thanks to their bodies being full of water that’s already as compressed as their outside environment. This saves them from being any more squishable than the rest of the water, at least to a macro scale.

On a micro scale, tiny structures in the fish’s body create open pockets that can potentially be squeezed and compressed by the immense force of the water. These open spaces are tiny though, as they exist around individual proteins, cell membranes and DNA. Things like proteins need some wiggle room, as folding is key to creating enzymes, fibers, or other structures in the body. With enough water pressure, water molecules would damage and crowd these proteins and prevent them from performing their normal functions.

Fish can get around this problem thanks to trimethylamine oxide (TMAO). Out of the water, TMAO gives fish that distinctive “fishy” smell. In shallower water, TMAO attracts water molecules, just like salt, and so it helps fish avoid having the salt water of the ocean pull the moisture out of their bodies. At greater depths, it seems to grab water molecules and keep them out of the way of the body’s delicate proteins. By doing so, it grants fish access to deeper depths and higher pressures than their bodies would be able to handle on their own.

While deeper-diving fish generally just need more TMAO to handle more and more water pressure, there’s a limit to this trick. To go further than the five-mile limit, fish might need so much TMAO in their bodies that it would be attracting too much water to their bodies. It’s theorized that in keeping the water off the proteins, the TMAO would be pulling in enough water to be toxic to the fish overall (while smelling truly awful). The fundamental chemistry would still work, but the rest of the fish just couldn’t handle it.

Room for the deepest divers

This is nice for the animals that can go deeper, such as amphipods, worms or sea cucumbers. They’ve clearly developed other ways to cope with the water pressure (or the water’s potential toxicity?), and thus aren’t limited by the water pressure in the same way. Deep diving fish, like Bassogigas profundissimus, can only stare down into the dark, wondering if they’re really missing anything.

Source: Why are there no fish in the deepest deep sea? by RR Helm, Deep Sea News