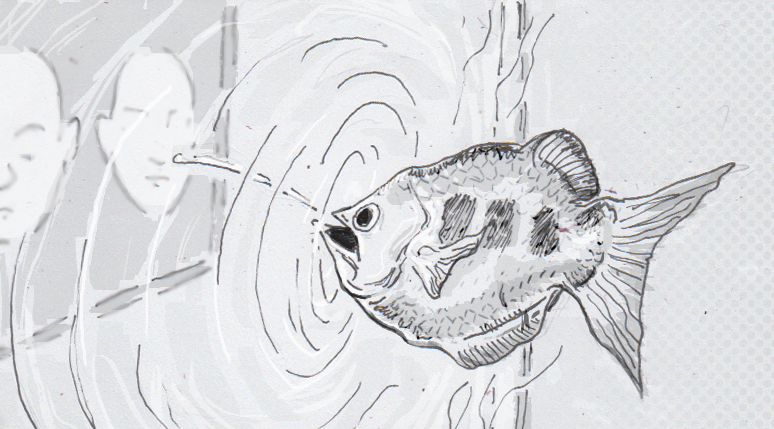 Fish found capable of scrutinizing and spitting at human faces

Fish brains don’t have the greatest reputation. We don’t marvel at what they can achieve, and instead make negative comparisons to “the memory of a goldfish.” Scientists from the University of Oxford have reason to believe that we’ve been underestimating fish though, having successfully trained archerfish to recognize and target specific human faces. Targeting, in this case, being demonstrated by some amazingly accurate spitting.

Archerfish are tropical fish that live in shallow estuaries and mangroves from India to Australia. The four-inch fish stand out for their particular hunting techniques, which involves spitting at bugs sitting or flying over the water so that they fall, allowing the archerfish to eat them. Scientists were aware of some of the amazing calculations they must deal with to compensate for the angles of refraction between the water and air above it, as well as calculating what trajectory to spit at when aiming for a moving target. The catch that triggered this particular study was that the fish do all this without the developed neocortex you find in other visually adept animals, including humans. For that matter, they lack the lips most of us spit with too.

The first step in testing the archerfish was to train them. Fish were shown images of two human faces over their aquariums, and then rewarded with food for spitting at the correct one. The faces weren’t grossly different from each other, with large markers like hair removed from the images. Nonetheless, as 44 faces were mixed and matched, the trained archerfish spat at the target face 81 percent of the time. Subsequent rounds of tests, where faces were standardized further, and even in black-and-white, added no difficulties for the fish, and their accuracy actually increased to 86 percent. So despite not having an evolutionary history with humans like horses, dogs or other animals that can recognize us, the fish were still able to use their abilities meant to target bugs to find specific faces.

At this point, it seems that recognizing a face isn’t as hard as we might think it to be, since archerfish can spot individuals without some of the sophisticated brain structures thought to be necessary. However, it’s also a bit premature to say the fish are recognizing specific people. While the fish are clearly differentiating subtle differences in facial features, such as nose lengths or chin shapes, it’s not known how much that information means to them. It’s possible that they are just really good at memorizing visual patterns, and aren’t really conceptualizing the faces beyond being images. With the faces being presented in the same way during the tests, we can’t assume they’d recognize their target face if viewed in profile, or if that would look like a wholly unique image to them. At the very least, they have demonstrated that their brains are up to learning new patterns and new tasks outside their native habitat, and that they can remember this information for much longer than we’d hope for your average goldfish. Unless we’re totally wrong about them too.