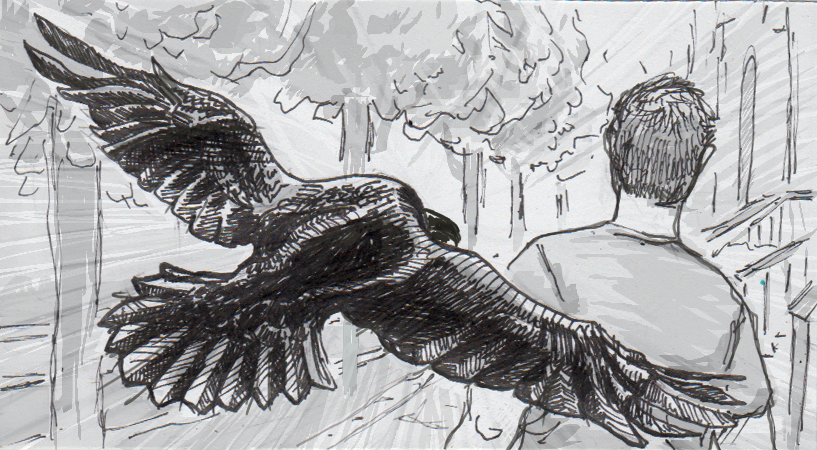 It’s not unusual to worry about being ‘bombed’ by a bird sitting overhead. Having your car or head pooped on from on high is a frustrating process, but not nearly as alarming as when the birds themselves are diving at your head. Fortunately, the latter behavior is a least slightly predictable, depending on what time of year it is.

It takes a murder to raise a child

Crows, like other corvids, are intelligent, social birds. They are known to play and communicate, sometimes forming large groups with hundreds of members. When it comes to raising their young, they’re doting caretakers, with older children sometimes returning to their parents to assist with nestlings. When it is time for the young to leave the nest, usually around late spring, the parents continue watching over them as they learn to fend for themselves.

As the young learn to fly, their parents may try to ensure their safety by clearing a path for them, so to speak. People living near crows’ nests are sometimes startled by mild attacks as a crow tries to scare the human out of the area. These attacks are usually more frightening than harmful, consisting of small pecks on the top of the head, a quick pick at an eyebrow or other strafing behavior. Nobody has reported being hurt with something more serious, like a pecked eye, which lends itself to the idea that the bird isn’t trying to harm pedestrians as much as getting them to leave the area so their precious child can have the space it needs! Like any caring parent would.

To cope with fledgling season, it’s recommended that people just try to ignore them or avoid areas near nests if at all possible. To be a bit more proactive though, a third option is to wear a mask with eyes on the back of the head, as crows only attack from the rear. This way you might just end up with an agitated parent circling you for an opening, but avoid unwanted pecks trying to drive you away.

Source: 'They Will Strafe You,' Bird Expert Says Of Seattle's Dive-Bombing Crows by Bill Chappell, The Two-Way