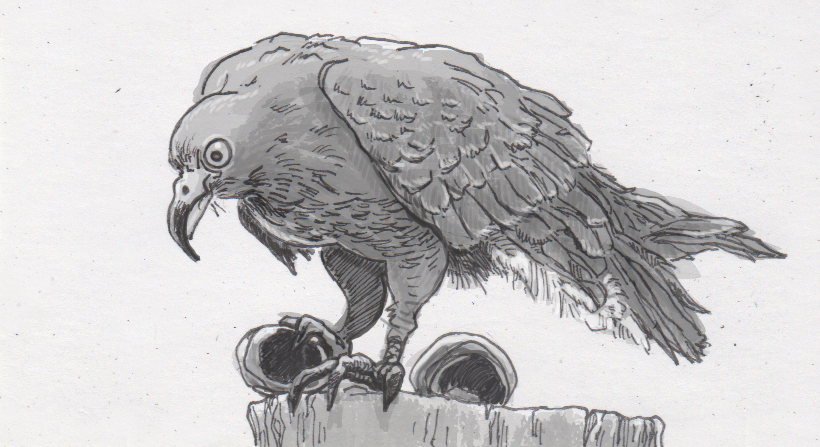 The arrival of an invasive species is usually terrible news for an ecosystem. History can offer plenty of examples of plants or animals arriving in a new place, only to out-consume everything that had previously lived there, as no predators are prepared to help keep populations in check. Humans have tried curbing these conflicts by introducing new creatures meant to go after the invaders, but our efforts don’t have the best track record either. All this makes the story of North American snail kites rather surprising, as the native birds have apparently been able to survive, and even take advantage of, snails that would otherwise be wrecking havoc across the Florida Everglades.

North American snail kites (Rostrhamus sociabilis) live in various locations around the Gulf of Mexico, including parts of Florida. With sharp talons, a long, hooked beak, dark plumage and crimson eyes, these raptors look ready to take on anything. In reality, they’re only interested in one thing, which is the small apple snails they find in wetlands. While they’re capable of feeding on small turtles and rodents in a pinch, the kite’s usual tactic is to hold a snail in one claw while using their long beak to pick flesh out of the mollusk’s shell. As their name implies, snail kites are specialists, which is why ecologists were so worried when their narrow menu options became threatened by…other snails?

Oddly, the invasive species that was encroaching on the apple snails and thus threatening the snail kites was another species of apple snail. However, the South American apple snail grows much larger, making them harder to prey on. This left them more or less unchecked, allowing them to quickly cause billions of dollars worth of damage to the ecosystem, from hurting bird populations to eating plants that normally helped prevent algae blooms. Predictions were grim for the kites and the ecosystem in general.

Amazingly, the snail kites have found a way to rebound. Their population has grown, as have their bodies and beaks. The birds are now growing eight percent larger than they used to, with some growth spikes reaching as high as 12 percent. They seem to be benefiting from eating the larger snails as prey, but bigger meals alone don’t explain all the changes researchers have witnessed. In less than two generations time, the surviving kites are already showing a bias towards genes that grow larger beaks. It’s easy to see how bigger beaks allows the kites to scoop food out of bigger snail shells, but the rate that these changes are taking place are startling.

Natural selection is continuous process, but it usually operates on longer time-scale in larger animals. It’s easy to witness change in something like bacteria, which can propagate beneficial mutations across multiple generations in 24 hours. The snail kites, on the other hand, live to be eight years old, and so the larger birds with bigger beaks have somehow boosted their real and proportional numbers in less than two life spans. Researchers don’t necessarily think that the snail kites will now reign in Florida’s apple snail problems, but they do feel optimistic for the future of the raptors, which are now estimated to have a population over 2,000 for the first time in ten years.