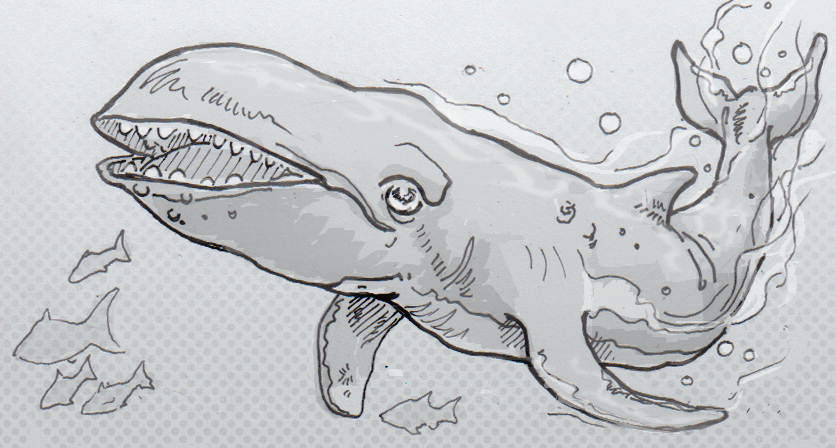 Forebearer of filter-feeders fed with teeth, gums and tongue

The timeline for filter-feeding whales has been chewed up a bit, thanks to the discovery of 33 million-year-old teeth. The teeth were from the newly discovered Fucaia buelli, a relatively small species of whale that likely lacked any actual baleen, despite being at the root of the filter-feeding lineage that now includes blue and humpback whales. The missing baleen has lead to some reconsideration of how that anatomy evolved while putting new emphasis tongues and gums.

Modern filter-feeding whales have baleen attached to the roof of their mouths, just about where a row of teeth was located in their ancestors. After taking a mouthful of water, the whale’s tongue helps blast the water out through the baleen filter, trapping the actual food inside the whale’s mouth to be swallowed. For a long time, it was assumed that toothier ancestors started developing these filters while their teeth shrank away. As such, a transitional species like Fucaia buelli was expected to have smaller, nearly vestigial teeth giving way to baleen.

Instead, the six-foot long whale had some fairly considerable chompers. The teeth were large enough to basically line the whole upper mouth, leaving no room for baleen behind them. The teeth also showed signs of sheering, indicating that any baleen filters would have been continuously chewed as F. buelli closed its mouth.

Suction was the first step

If the presence of baleen were the only feature to look for, it might seem that F. buelli shouldn’t be part of the story of filter-feeding. But the large teeth also had space for large gums, which indicate that the whale was probably doing some suction feeding since they would help close gaps along the side of the mouth when opened. Additionally, the skull shows points of attachment for a strong tongue, further supporting the idea that this whale was sucking in its dinner.

While suction feeding isn’t exclusive to whales with baleen, it’s interesting as an evolutionary step in their development. Researchers are now hypothesizing that this specialization helped create the pressure to develop baleen as a way to become more efficient suction feeders. As whales following F. buelli became better at sucking teeth in, the teeth weren’t the best filter for pushing water out without losing their food in the process. If this is true, the teeth eventually gave way to modern baleen and the calorie-rich feeding it allows.