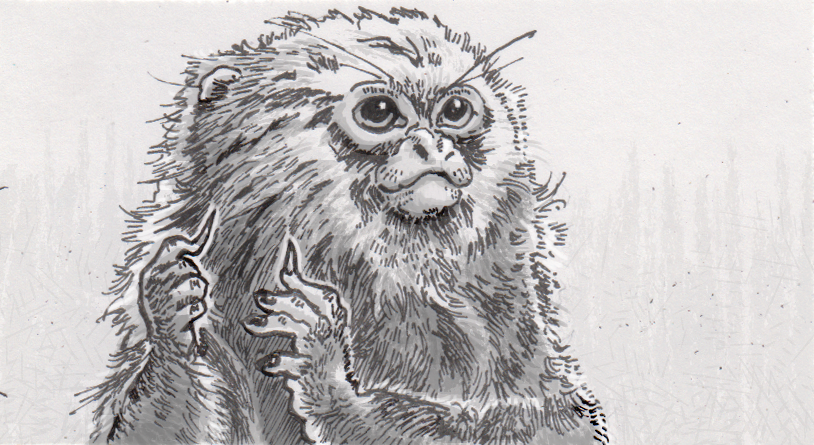 No matter how badly you may want them, no matter how long you let you nails grow out, you will never grow claws. Humans and most other primates seem to have traded in proper claws for our flimsy nails around 56 million years ago. It might seem like we gave up some crucial anatomy in this trade, as claws can be used as everything from weaponry to climbing gear, although the fact that we now have touch screen-friendly fingers certainly helps. Nonetheless, paleontologists are now realizing that not every primate has been truly served by the loss of claws, which is why some genera have apparently regrown one on each hand, although not for the more adventurous uses listed above. The task they couldn’t give up was grooming, which raises questions about why our fashion-conscious species is able to get by with nails alone.

The long-standing assumption about primate claws is that they were lost to enable our ancestors’ mobility. As arboreal climbing, leaping and grasping became increasingly important to these animals, thinner, flatter nails likely provided an advantage over more pronounced hooks and knobs. Nails would be less likely to snag on small branches, allowing a hand to rotate around a branch as an animal swung through the trees in a way embedded claws just wouldn’t allow for. As far as anyone knew, once a common ancestor switched to nails, there was no going back.

Caring for hair with claws

Except, of course, for all the living primates that still sport a tiny grooming claw on each hand. Lemurs, lorises, galagoes and tarsiers all have a tiny claw on their second digits, enabling them to pick debris and parasites like like lice and ticks out of their thick fur. These claws aren’t exactly fierce, and they had long been thought to be a hold-over from an alternate branch of the primate family tree. A new survey of fossil fingers has started to unravel some of this model though, suggesting that some modern grooming claws have actually developed again, restoring anatomy previous lost to fingernails.

As researchers pieced together all the distal phalanges, or finger-tip bones, held in various collections, they realized a pattern was emerging that might help explain why some species needed a grooming claw while others didn’t. More solitary species, such as the modern titi and owl monkeys, need these claws to groom themselves. Primates that live in social groups don’t need that extra tool, because they can rely on each other to clean up their fur. This study can’t prove conclusively that this is why some primates have regrown their claws while others haven’t, but if this trend holds true, it opens up a new avenue for understanding extinct animals from their fossils alone. Because the grooming claw may be tied to the social structure of a species, finding the right bony digit could presumably reveal a lot more about how an animal lived than just the size of its fingers.