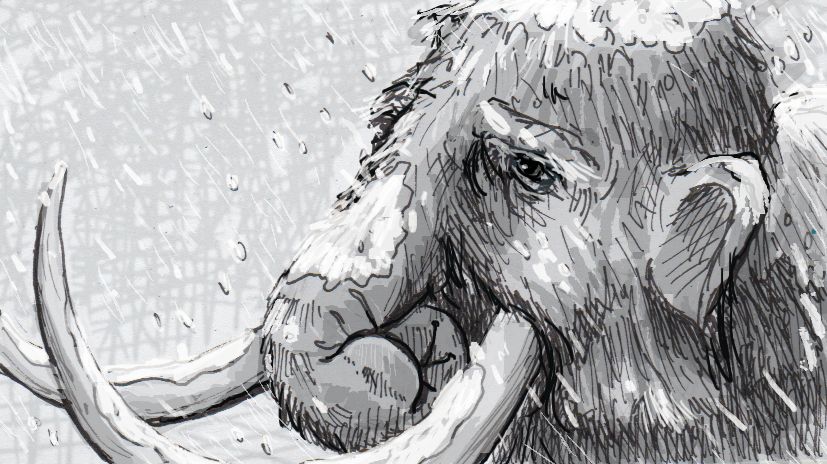 Frozen mammoth trunks reveal how those trunks once stayed warm

From fossils, we know the size of Woolly Mammoths. We can compare their proportions to modern elephants. But bones tell us nothing about their trunks, since they’re made entirely of soft tissues like skin, hair and muscle. Thankfully, some mammoths have been preserved and recovered from Siberian ice, and those specimens have revealed some interesting differences from modern pachyderms that we probably would have never otherwise suspected.

While frozen specimens aren’t perfect, they’ve been preserved well enough to make observations from. The finger-like tips, or digitiform processes, on the end of the trunk has been found to be longer than on a modern elephant, possibly allowing for a selective grip as a result. A more striking difference was the two flaps of skin on either side of the trunk, extending around 1/3 of its length. Compared to a cobra’s hood, these flaps seemed to be able to extend and make a cup shape. If the trunk was curled up, the flaps would cover the sides of the curl, almost making a pocket.

Obviously, these flaps don’t have a clear analogue in modern elephants, so it’s much harder to know what they were used for. One theory is that they could cup and cradle snow until it melted, so that it could then be used as drinking water in an environment where most water was frozen. The flaps on the curled trunk could have possibly helped keep the trunk warm by shielding the digitiform processes, as they otherwise has a very unfavorable amount of surface-area that would easily lose heat in the cold.

While solving this mystery may be difficult, the relatively recent extinction of mammoths does afford one unusual avenue for date: human records. In this case, researchers hope to find possible illustrations on cave walls that, if we’re very lucky, will at least hint at what mammoths were doing with their distinctive trunks.