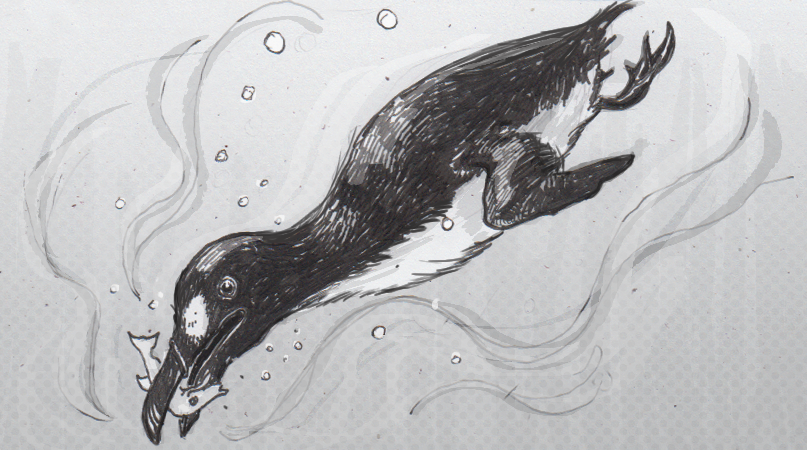 Group aims to rebuild an extinct bird from its extant brethren

Great auks were flightless, seafaring birds that once lived along the coasts of the north Atlantic ocean. They could be said to resemble a puffin mixed with a puffin, perhaps, but a conservation group called Revive & Restore is most interested in how closely they resemble a razorbill. This might seem odd, as the 33-inch-tall auks were so much bigger than the eight-inch-tall razorbills that you wouldn’t mistake the two animals, but the key similarities are in the two species DNA. Razorbills (Alca torda) are great auks (Pinguinus impennis) closest living relative, and thus the most logical starting point to genetically engineer a new version of the now extinct seabirds.

Taxidermied great auks have been persevered in museums, but no birds have been seen alive since 1852. Their extinction is predominantly thanks to humans, who hunted them for their feathers, meat, fat and oil. They used to live on both sides of the Atlantic, and as a one of the larger seabirds in that ecosystem, it’s now being debated if we should try to restore them to this niche somehow. Of course, other birds have since made use of their old nesting grounds by now, but as a larger predator they would have held an ecological role that wouldn’t be easily replaced.

With that motivation in mind, Revive & Restore is looking to bring the great auks back from extinction. To be more specific, they’re proposing to replace them with morphologically similar birds created through manipulating razorbill genes to be more like their extinct relatives. These new auk-like birds would theoretically function in the local ecology like their relatives once did, increasing the local biodiversity and helping humans feel like we were able to help a species, instead of repeatedly driving them towards extinction. It would also help us improve the methodology behind this concept, possibly paving the way for the de-extinction of other animals like passenger pigeons or even woolly mammoths.

There are concerns with this plan though. While some techniques pushed by Revive & Restore have been helpful in pushing black-footed ferrets back from a genetic cul-de-sac as their populations dwindled to near extinction, those animals had never completely been lost, and thus didn’t need to be reengineered as much as an extinct species like the great auk would require. There are also concerns on a conceptual level, with some people worrying that humans will value current ecosystems even less if they’re perceived as easily replaceable. Beyond that, there is debate over if this is the best use of limited resources, and that we should instead focus on preserving the current run of many species, rather than trying to patch things up later on. Sadly, many species seem to be getting close to needing some form of intervention sooner than later, meaning we may need every possible option on the table in order to salvage our ecosystems.

Source: Can the Great Auk Return from Extinction? by David Moscato, Conservation