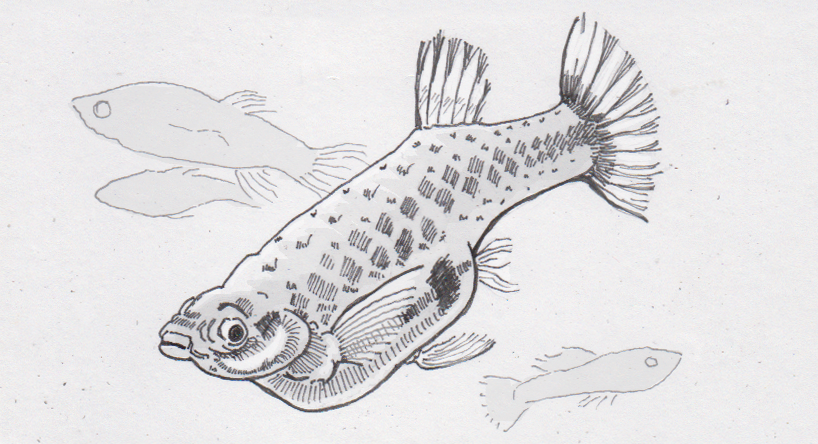 From as young as seven weeks old, guppies can start earning their nickname “millionfish,” spawning offspring quickly and frequently. At first glance, birthing as many offspring as possible seems like a simple if crude way to ensure some reproductive success- if many babies are likely to be eaten, have more babies than predators can eat. However, scientists are finding that there’s more nuance to guppy reproduction than this, even to the point that mother fish, who give life birth, can adjust the length of time a brood gestates. Instead of just hoping for the best, it looks like guppies are actually giving birth according to a well-optimized strategy.

Two populations of guppies (Poecilia reticulata) were studied in Trinidad’s Aripo river. Fish living downstream usually had more predators to contend with, while fish living upstream, above a waterfall, had almost no fear of being eaten. Researchers noted that the guppy fry, or babies, weren’t living on the same timescale. No guppy lives much more than two years, but the fry born upstream seemed to be physically mature more quickly after they were born than the fish born downstream. After carefully measuring for differences in skeletal growth rates, or when this growth starts in the guppies’ lifecycles, researchers were able to determine that the big difference was the length of a brood’s gestation.

Challenges posed by predators or peers

Guppies born downstream, where predators are a concern, were basically born earlier. The threat of predation means that mothers are more likely to have surviving offspring if those babies aren’t waiting in their mother’s belly any longer than necessary. The guppies born upstream don’t have this pressure, trading it for another concern. With no predators threatening them, populations rise meaning that food scarcity becomes an issue. By gestating just a bit longer, the fry are born with more developed bone and less cartilage, especially around their mouths. This makes it easier for these offspring to scrape algae and other food off rocks, letting them make the most of what food is available.

This isn’t the only way upstream guppies seem to favor investing more in each offspring than their downstream counterparts. These fish also tend to start reproduction at a later age, and reproduce less often, rounding out the sort of “quality of quantity” strategy. We often frame gestation as being set by the needs of embryonic development, but guppies are showing how small variations in maturity can help a species react to larger environmental pressures.