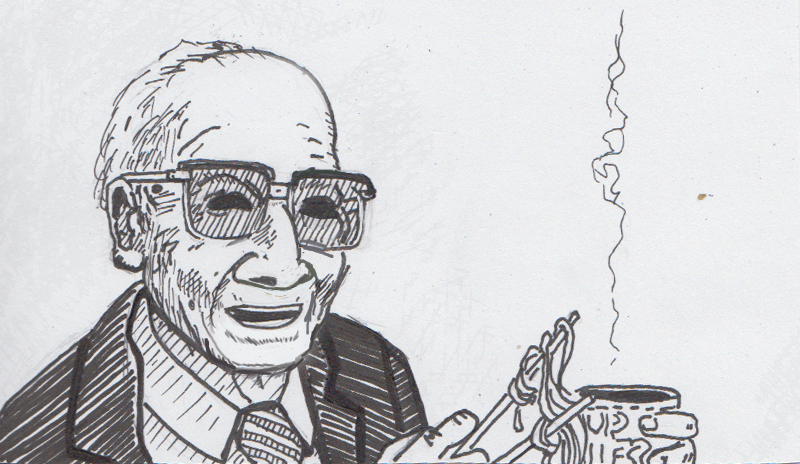 I didn’t realize it at the time, but Momofuku Ando helped keep me alive in my 20s, furthering his goal of helping people (and achieving peace?) with ramen. This situation is so common it’s become a cliche, but the price and ease of eating instant ramen made it a staple in my diet for a number of years.

The man responsible for this was inspired in 1945 after seeing people line up for ramen in his hometown of Osaka, Japan. The war had just ended, and resources were scarce. Subsequent food shortages inspired Ando to make ramen available to everyone the world over, which meant a few modifications to the traditional recipe were needed.

A year of experimentation eventually landed him with the noodles he was after. They were tasty, nonperishable, cheap and easy to cook. I’m not sure he really succeeded on being healthy, but they were better than candy at least. The final trick to achieving this mix was to lightly fry the noodles. This dehydrated the noodles and created tiny pores in them that would allow boiling water to contact more surface area of the noodle, leading to faster cook times.

At first instant ramen entered the market as a pricey novelty, but early success allowed them Nissan ramen to scale up and lower the price. The next big step for the company was the discovery of the styrofoam cup. Ando supposedly witnessed clerks reusing their coffee cups to cook ramen, which inspired the ever-popular Cup Noodles.

The final innovation came in 2005. When Japanese astronaut Soichi Noguchi went to space, Ando wanted him to take the beloved noodles with him. So special “Space Ram” were created with a special, extra thick sauce that wouldn’t float away in micro-gravity. Having now heard of this product, I’m dying to find it somewhere, even if I have to eat it on earth like everyone else.