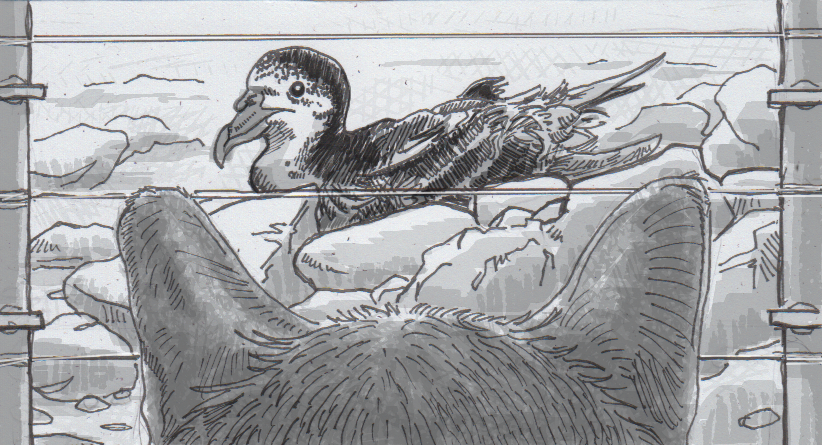 Hawaiian petrels get five-mile fence to fend off feral felines

It’s famously difficult to herd cats, but for the sake of endangered shorebirds like the Hawaiian petrel, Hawaiians are willing to give it a try. More to the point, they’ve also been willing to build over five miles of fencing across portions of Hawaii Island in order to allow the birds to nest in peace. Hawaiian petrels only lay one egg per mating season, and with populations as low as 75 to 50 mating pairs, the every egg counts if the birds are going to survive.

The Hawaiian petrels (Pterodroma sandwichensis) are seafaring birds that feed primarily on squid. Once a year, they make nests out of shallow burrows or rocky crags along the side of Mauna Loa, the largest volcano in the world. This may sound like a recipe for disaster, but normally these birds, as well as other species that frequent Hawaii, like the albatross, do just fine raising their young, even on hardened lava thousands of feet above sea level. The problem is that an abundance of feral house cats also roam the island, and make easy prey of newly hatched chicks while their parents are out feeding during the day.

As this imbalanced relationship suggests, petrels and cats haven’t lived side-by-side for very long. Before humans arrived in Hawaii, bats were the only terrestrial mammals living there, and house cats only arrived with Europeans in the 18th century. Without any natural predators, strong predatory instincts and being a carrier of the Toxoplasma gondii parasite, feral cats pose a considerable threat to the ecology of Hawaii. However, controlling them is difficult. Like many invasive species, without natural checks on their numbers, its very difficult to eradicate wild populations. Things are also complicated by the fact that many people like cats, and would like to find a way for both the mammals and the birds of Hawaii to get along.

The fence is then the petrels best hope. The construction was difficult at times, as crews often needed to be flown to sites by helicopter, where they would then pound poles into volcanic rock with sledgehammers. Aside from the length of the fence’s perimeter, sections reach elevations as high as 10,000 feet up the sides of Mauna Loa. There’s reason for some optimism though, as similar fence designs have been used successfully in New Zealand, Australia and other parts of Hawaii. Additionally, residents have tried to, yes, herd and collect as many feral cats as possible at the Lanai Cat Sanctuary. While the cats were originally gathered to keep them away from the birds, they’ve now become a tourist attraction themselves. At this point it looks like the herding was worth it.