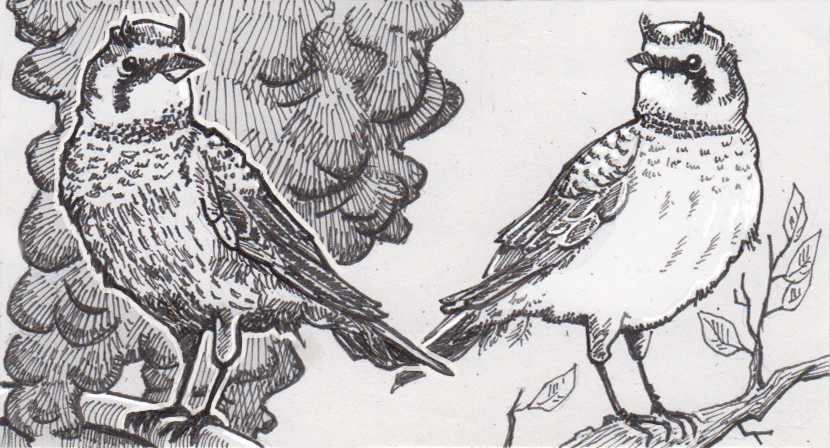 A history of air pollution recorded on preserved bird bellies

History is usually studied in written records, man-made objects, rocks and bones. It’s no surprise that we generally rely on durable materials like this, but more studies of more recent history aren’t so limited. Thanks to careful preservation of biological samples from around 200 years ago, we can use softer, more delicate bits of biology to find out what was happening in the world, including picking up evidence of very indelible events, like air pollution from the industrial revolution. In that case, instead of looking at stone or tools, researched dug into museum collections to survey thousands of dead, but preserved, birds.

By the 1870s, parts of the United States were being overwhelmed by smoke from furnaces and steam engines. These early combustion engines opened up a lot of new possibilities in technology, but they also dumped a lot of soot on their surrounding neighborhoods. By 1874, places like Chicago were so choked with smoke that it obscured the Sun on a daily basis, a scenario we usually associate with natural disasters. These smokey years have been documented in some forms, but biologists wanted to find data on air pollution across a wider territory and time span. The record they then turned to was the accumulated soot that was still stuck to the feathers of birds collected from the 1800s to the present day.

The researchers traveled to museums around America’s so-called Rust Belt to compare as birds across different decades and locales. Instead of taking samples of soot for chemical analysis, they measured the overall level of contamination on a bird’s body by taking photos, then quantifying exactly how dark its white feathers had become. To make sure varying light levels or human error didn’t throw off these measurements, each bird was placed next to a paint strip called a reflectance that allowed each photo to be properly calibrated, ensuring that the gray on a woodpecker or horned lark’s belly was the result of smoke and not a shadow. Once the data was gathered, it was plotted by location and time frame, revealing the history of America’s air quality with impressive specificity.

The dirtiest birds were dated from the beginning of the 20th century, when industrial air pollution was at its peak. Feathers were cleaner when manufacturing declined during the Great Depression, and were then dirtier again during World War II. Birds after the 1955 Air Pollution Control Act looked cleaner than their predecessors, and those that had lived after 1963’s Clean Air Act were cleaner still. When he birds were laid next to each other, the gradation was obvious enough that my four- and eight-year-old immediately picked up on it. My eight-year-old also commented that the dirtier birds were generally smaller as well. Unfortunately, the effects this soot might have had on the birds (ruling out age or other nutritional differences) wasn’t in the study’s scope.

Other studies, however, have looked at the effects on air pollution on our feathered friends, even before they’re covered in soot. Beyond canaries in coal mines, birds’ health has been found to decline from air pollutants faster than humans, as pollutants often lead to thinner egg shells and lower birth rates. Relative body sizes probably play a role, but scientists suspect that bird respiration also contributes to their sensitivity to particulate in the air. While humans breath in and out in two distinct steps, birds breath in a more continuous cycle, essentially inhaling and exhaling in one step. This allows them to fuel the metabolism needed for high-energy tasks like flying without pumping their lungs as a ridiculous rate. It unfortunately also means that they’re more efficient at sucking in soot and other toxins that can cause health problems. So if the birds are suffering in an area, there’s a chance that human health is being attacked as well. Or to put it in a more positive light, you can breath easy if your avian neighbors are clean and in good health.