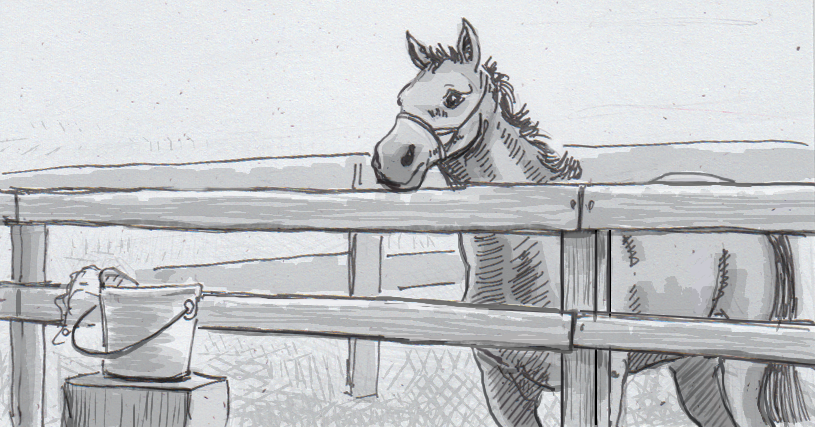 Honing in on what horses expect of their humans

At this point, the domestication of the horse is so complete that nearly every member of Equus ferus bears the mark of human intervention somewhere in its genetic history. For the last 6,000 years, humans have shaped the stature, temperament and even gaits of domesticated horses. Recent research has been also looking into if our genetic engineering has instilled some unintended, if appreciated, traits along the way as well. For instance, after all these generations, what do horses now expect of the humans in their lives?

An experiment looking at horse cognition challenged horses to acquire some food that was completely out of their reach, but accessible to a human. A bucket was explicitly filled with some treats, then moved out of reach of the horse. The horse’s trainer, who was not aware of the bucket, was then brought in so that researchers could observe the horse’s behavior. The pattern that emerged was that the horse would stay closer to the trainer, staring, touching and pushing them, presumably trying to alert them to the presence of the inaccessible treats. If the bucket had been placed out of reach, but without being filled with treats, the horses showed less interest their trainer when they arrived.

A second variation put the trainer’s knowledge at the center of the test. In contrast to the first round of tests, the trainer and the horse watched the food go into the bucket together. In these cases, the horses ratcheted up their poking and prodding, possibly assuming that there was no reason for their trainer to not get the treats for them.

Knowing what they know

Digging into the consciousness of other animals is tricky work, because its hard to know if behavior is attributable to the motivations we’re interested in or not. Figuring out how closely dogs watch humans for cues, or if ravens really understand what another raven does and does not know, is difficult to really pin down. These experiments suggest that horses may be cued into human behavior, but it’s hard to know what the horses think they know about us.

Source: When horses are in trouble they ask humans for help, Science Daily