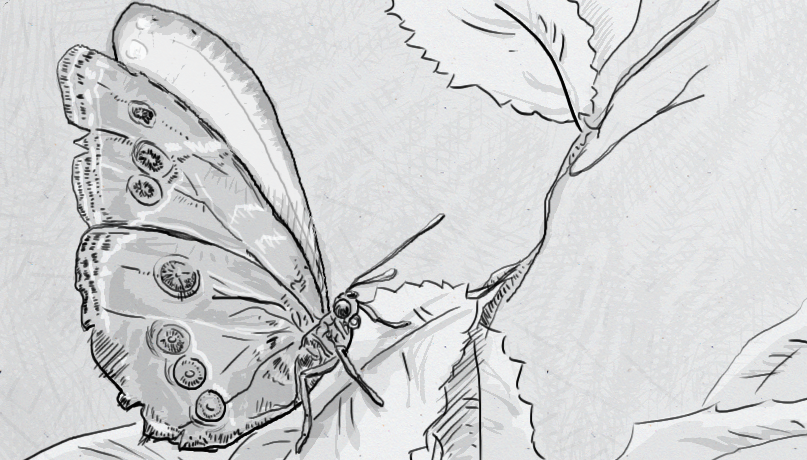 How animals bend and break light to achieve blue bodies

While some humans are described as having colorful personalities, very view can be said to have colorful bodies. We, like most vertebrates, are limited to the range of colors that can be created with various combinations of melanin. These pigments can provide some protection from ultraviolet light in our skin and color our hair, but they are more or less only earth tones. Plants can expand their range largely thanks to chlorophyll, which makes photosynthesis possible while granting a range of green hues. And yet, some animals buck this trend, displaying vibrant blues and purples across their bodies. What secret pigments are they using?

The answer is…none. A few crustaceans and molluscs have achieved blue hues thanks to the copper in their blood, but vertebrates and some invertebrates have had to evolve an amazing workaround to achieve their coloration. Rather than rely on pigments to absorb some light and reflect the visible brown, red, or yellow color, their blue acts more like a microscopic prism, splitting the light and then trapping the non-blue colors.

Consider the iridescent blue wings of a Blue Morpho butterfly. Pigment makes the bottoms of the wings brown, but the tops are covered in tiny scales that each act as a prism. Along each scale, tiny ridges split the light then angle most of the colors back towards the wing itself. Only the blue light passes through at an angle that is visible to an observer, giving the wing it’s shimmering blue hue.

One interesting effect of this kind of coloration is that it is simultaneously more and less durable than pigments. If the basic structure is unmolested, the color from a feather or wing scale should remain bright and clear long after the animal has died. However, if the scales, feathers, or other color-separating structures are crushed or bent, the color-splitting properties will be lost, as compared to the mechanical flexibility of the brown melanin in your flexible skin. Thanks to this durability, some green frogs and snakes, who lack chlorophyll for a pigment-based green, will turn blue after they die. The green was originally created by a mix of yellow pigment, which breaks down after death as part of decomposition, and blue created by refraction in their skin or scales, which lasts longer.

Humans aren’t left out of this expanded palette entirely though. While most blue hair isn’t a natural color, blue and green eyes are made possible thanks to this kind of light refraction.

Source: How Animals Hacked The Rainbow And Got Stumped On Blue by Rae Ellen Bichell, Shots