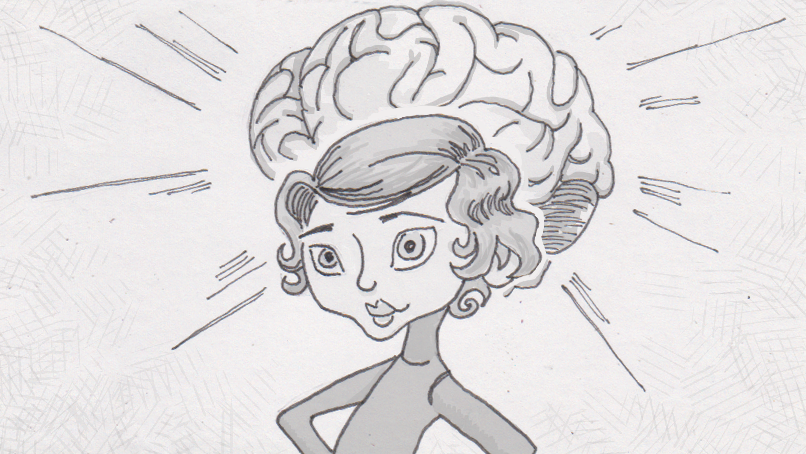 Sciencing the Sisters Eight!
On June 18th, 2017 we learned about

From the perspective of an adult reader, the first “power” revealed in The Sisters Eight is a little… underwhelming? Annie, the oldest of the titular octuplets, realizes that she suddenly has the power to “think like an adult,” which she uses to help figure out mysteries, learn to drive a car, and keep her household running in the absence of the girls’ parents. Paying utility bills may seem pretty dull to anyone who regularly does so, but for the eight-year-olds in the story, it represents a task that’s clearly important while also slightly mysterious, and even Annie can’t explain how she knows what needs to be done next.

We never get a full explanation for what happens in Annie’s head either, but there are some scientific concepts that might serve as a model for her instant mental maturity. Our brains change a lot as we grow up, and so there are some concrete differences between an adult and a child’s gray matter. One process that starts before birth is called myelination, which is a way for the brain to insulate the connections between brain cells. A fatty coating called myelin wrapped around axons, the connective tissue to other brain cells, so that they’ll operate more efficiently. As electrical signals are passed from one cell to the next, the myelin keeps that signal strong and on the right track- without it, electrical activity is likely to move more slowly, sometimes failing to activate the next brain cell at all.

Another way a brain ups it’s efficiency as we grow up is to actually remove connections between brain cells in a process called synaptic pruning. Brain circuits that aren’t activated often, such as to differentiate speech sounds nobody in your local language is using, are basically culled from the brain at different phases of development. By getting rid of connections that aren’t in use, the brain makes the route for other activity clearer, and makes space for connections that might actually be part of a person’s experience.

If Annie’s power were to somehow speed up these processes, she’d suddenly find herself with a stabilized, efficient noggin. Learning a second language might get harder, but she’d probably be able to focus and concentrate in a way that other eight-year-olds couldn’t. However, to give her more of a grasp of the adult shoes she was stepping into, she may have also developed some new memories of activities she’d never actually experienced in her life.

For nearly a decade, researchers have been finding ways to activate brain cells in order to build new memories with a technique called optogenetics. Mouse brains were monitored while they experience various stimuli, like a small shock when walking on a certain platform. The memory of that event was naturally encoded in the brain, and researchers noted which brain cells were used to accomplish that job. Because those mice had brain cells genetically engineered to be sensitive to light, lasers shined at the right brain cells could then reactivate the memory of the shock at will. What’s more, that memory could be activated in a neutral space, basically tricking the mouse into remembering that it had been shocked in that second location as well.

Annie’s Adventures didn’t leave room in the narrative for Annie to have lasers implanted in her head, but the concept may still explain how she understood what was needed to run her parentless household. We don’t know the exact triggering mechanism, but in addition to making her brain structure more like an adult’s, her memory cells could have also been activated to give her the knowledge otherwise acquired over years of experience.

Source: What Causes the Brain to Have Slow Processing Speed, and How Can the Rate Be Improved? by Heather Walker, Scientific American