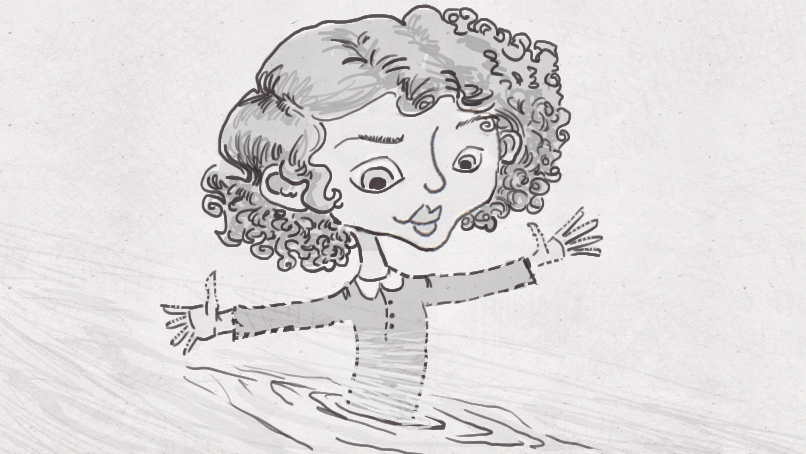 Sciencing the Sisters Eight!
On June 19th, 2017 we learned about

How Georgia Huit could bend light to become invisible

In Geogia’s Greatness, then seven-year-old Georgia Huit discovers that if she wiggles her nose, she can become invisible for as long as she’d like. As with her older sisters Annie and Durinida’s powers, this invisibility gets the Huit girls out of a few tight spots, but is never explained beyond the nose wiggling. So how possible is invisibility, and how close are we to having it in the real world?

Bending light around a body

Even though invisibility has been a part of fantasy and science fiction for a long time, it is something scientists are working on right now. Since we see objects after light is reflected off their surfaces into our eyes, the common approach has been to make sure that light never gets to us. Rather than attempt to make objects completely, perfectly transparent, researchers are trying to bend light around objects. That way, the light that actually makes it to your eye will have originated behind the invisible object, rather than come off the object itself. You’ll get an “unobstructed” picture of what’s behind the object, as if it weren’t blocking your view of it’s surroundings.

This hasn’t exactly been achieved yet though. Right now, engineers are researching what are called metamaterials that can bend specific frequencies of light around objects. One approach involves embedding a lattice of 10,000 gold rings, called resonators, into one square centimeter of silk. Each ring has a second ring inside it, and they’re all arranged to closer together than the wavelength of the light that is being targeted for manipulation. Most experiments are based around microwaves instead of visible light, because the wavelengths are longer and it’s just easier to arrange, but scientists are confident that the system could be adjusted to target a the visible spectrum. It’s been theorized that running electricity through the resonators could add some flexibility to the system, allowing one set of resonators to be adjusted to bend different frequencies of light.

If this were somehow the explanation for Georgia’s invisibility, it would probably mean that her pores (and clothing?) were somehow growing tiny resonators all over her body. Her nose wiggling would then be the moment that she pushes an electrical charge through the resonators so that they get tuned to the visible spectrum, at which point light that would hit and reflect off of her would instead be bent around her body, continuing along it’s original course as if she weren’t there.

To spoil The Sisters Eight just a bit further, Georgia discovers that she has a second ability in the final book, The Final Battle …For Now. Her cousin explains that when invisible, she can also teleport to whatever location she’s thinking about, presumably instantaneously. That timing is important though, because dematerializing a body and rebuilding it elsewhere in a single instant has a lot of problems with physics. Georgia’s mass shouldn’t be able to move that fast through space. Even if a new copy of her is being created elsewhere, a human body is so enormously complex, it would be an absurd amount of information to somehow transmit to a new location.

A better bet would be that Georgia is somehow just moving to a new location through a sort of cosmic shortcut. Part of Einstein’s theory of relativity allows for things called wormholes, which are like portals that connect one spot in space-time to another, even if it’s very far away. While wormholes have been described mathematically, the closest we’ve come to seeing them involves masking a magnetic object in a special chamber. To human senses, a magnetic rod was pushed through a special sphere and came out the other side. From a magnetic perspective, the magnetic field of the rod actually vanished, reappearing on the other end as if it had teleported. It’s a far cry from a little girl appearing on the other side of the house, but perhaps Georgia’s gift allows her to create her own space-tunneling wormholes at will, appearing wherever she wants.

Or maybe she just runs to a new spot while invisible, making everyone think she teleported. Physics would be good with that explanation as well.

Source: Inside the Lab Where Invisibility Cloaks Are Made by Philip Ball, The Atlantic