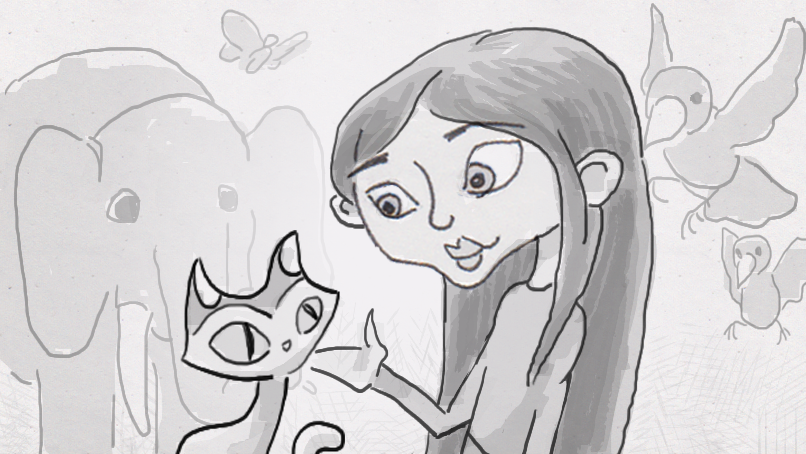 Sciencing the Sisters Eight!
On June 21st, 2017 we learned about

How Zinnia Huit could summon and speak with every animal, great and small

The last sister showcase her new power in The Sisters Eight is Zinnia, although it also becomes clear that she’s been using it all along. While most of her sisters have to wait their turn for their powers to manifest, Zinnia spends the entire series conversing with dogs, birds and most importantly, the family’s eight cats. However, Zinnia’s abilities go beyond being able to chat with pets in the house, as she’s also able to summon animals to her from near and far, a feat that would probably require multiple modes of communication.

When Zinnia calls in her zoological cavalry, human onlookers are somehow excluded from receiving her signal. This isn’t that weird an idea, as many creatures make use of similar senses to humans, but in ranges outside our perception. Elephants, for instance, have been found to make long-distance calls to each other between 1 to 20 hertz, just below the average human’s hearing range. These low-pitched calls travel a long way though, being audible over six miles away in optimal weather. It’s unclear how Zinnia would produce such a sound, but if she could it could theoretically get the attention of everything from a pachyderm to a peacock, all of whom rely on low-frequency sound for long distance communications.

Other birds might be getting called in with magnets. If Zinnia were somehow creating a strong magnetic field from her body, she could conceivably manipulate the navigation functions of many migrating birds. The birds normally rely on sensing the Earth’s magnetic poles, but if Zinnia could somehow put out a stronger signal, she might be able to convince birds that she was their actual destination.

A final way to summon other species would be to emit a batch of pheromones. Zinnia’s Zaniness doesn’t really mention how many insects arrive at Zinnia’s behest, but bugs like moths rely on these chemicals to find each other over large distances, often to find potential mates in a relatively gigantic world. Pheromones have been found to cause insects to aggregate in a wide range of species, with Cecropia moths sometimes traveling as far as 30 miles to find a mate.

As cool as calling in a zoo’s worth of animals is, it’s still noteworthy that Zinnia regularly converses with cats. Cats are famous for being less socially oriented than other domesticated animals like dogs, but that doesn’t mean they don’t pay attention to what humans might have to say. After all, cats don’t meow to communicate with each other as much as they do it for the people in their lives, which indicates a pretty solid effort to share their thoughts with us, even if those thoughts seem to mostly concern when they’d like to be let in or out the front door.

If you’re not Zinnia, there are still ways to try to “speak” with your cat. Body language counts for a lot, and training a cat to do specific tasks is likely to work better if it’s built around gestures instead of vocal cues alone. Following this idea, facial expressions count for a lot with cats, and learning to read them can help you understand what’s on your kitten’s mind. Some expressions probably what mean what you’d guess they mean based on human faces, such as signs of stress. However, a long, slow blink is tied to being relaxed and at ease, and cats will do this for humans and other cats when their stress levels are low enough. On the other hand, one thing people likely misinterpret is purring— even injured cats will purr, and so it doesn’t always mean a cat is happy with it’s situation, but is more likely a way for the cat to request your continued attention. So a purr might mean help is needed, or that continued petting is still required.

Zinnia seems to take all these concepts, and crank them up to enable even more sophisticated communication with the fauna in her life. Researchers haven’t pinned down the body language for complicated statements like “stop stealing the other cats’ food while invisible,” but we do at least know that there’s a foundation for her chats. Even if we can’t herd cats (or flocks of birds and bugs) very easily, there are definitely ways to start “speaking” with them.

Source: Your Cat Is Trying to Talk to You by Melissa Dahl, Science of Us