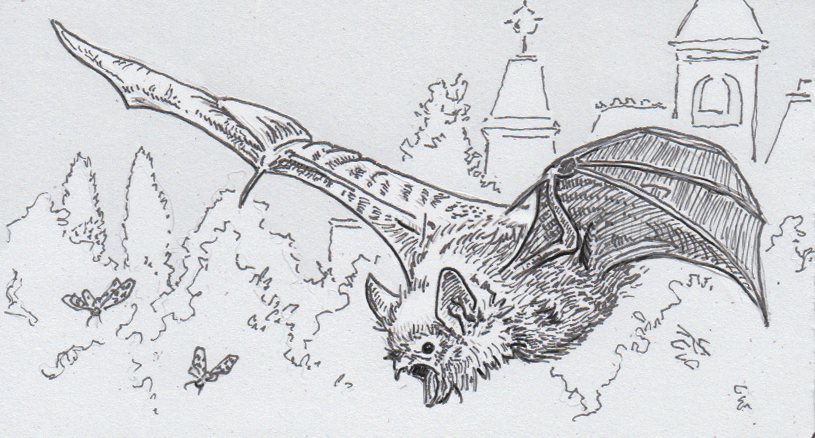 Humanity’s confused history of branding bats as baneful or beneficial

Bats have had a strange reputation in human imaginations. We love Batman for fighting crime, but Bram Stoker taught us to mistakenly worry about all bats being vampires. Some cultures have seen bats as harbingers of death, while others marked them as a sign of good luck. These days they often pop up in Halloween motifs, but that’s only one of the many roles they’ve held in human mythology from around the world. This conflicted reputation seems appropriate, because one of the more common themes about bats is fretting over just what kind of animal they even are in the first place.

Disturbing in the dark

One of the big sources of concern with bats is their nocturnal lifestyle. Things that only came out at dusk were harder to see, study and understand, and therefore easier to mistrust. In ancient Greece this led to ideas like bat heads in a bag near your left arm being a way to avoid sleep, but by the Middle Ages Europeans had come to associate bats with more sinister themes, like witchcraft. Bats were referenced by Shakespeare as part of a witches brew, and were thought of as familiars to witches since they both worked the night shift. These fears were taken seriously enough to convict accused witches to death, such as Lady Jacaume of Bayonne who was burned for having “crowds of bats” living near her home in 1332.

Not every culture saw bats’ nocturnal feeding habits in such stark terms though. Some stories said that bats were active at night because they were avoiding creditors during the day. Some African myths gave bats a bit more credit, regarding them as intelligent and possibly a guide during dark times thanks to their prowess as nighttime aviators.

If being nocturnal weren’t enough, people have traditionally had a hard time figuring out where bats even came from. Were they birds missing their feathers? Some kind of mouse or squirrel? And why did they have to fly in such an unpredictable (but really just highly maneuverable) way? Many more myths center around the apparent conflict inherent in being a flying mammal, even though bats have been at this for longer than humans have even existed.

The Cherokee people have a fable tying bats’ flight to a game of stickball between birds and other animals. What was originally wingless, mouse-like creatures are rejected by the other mammals, but given wings by the birds, at which point they switch teams and win the game. The Creek people flip this, saying bats try to play on the bird team, but after being rejected are given teeth by the mammals, allowing the bat to better carry the ball. Aesop’s take on this kind of conflict is a bit more judgmental, saying that bats repeatedly switch allegiance in a conflict between birds and beasts so that they can always be on the winning team. In the end, they’re rejected by both factions, leaving them in exile.

While many of the above stories aren’t exactly ringing endorsements for bats, in application people aren’t always so down on the flying mammals. Chinese culture thought highly enough of these winged mammals to make their name a homonym for happiness, and considered them a sign of good luck if they turned up at your house. Charms have been made from bat anatomy reputed to increase your luck at cards, turn you invisible, or make help you see in the dark. A whole bat nailed to your door was obviously bad for the bat, but promised to protect your house from demons. When you factor in the critical role these animals play in ecosystems around the world, it seem like bats should actually be seen as one of the happiest part of any Halloween party.

Source: The Symbolism of a Bat in Cultures of the World by Paweł Ciołkiewicz, Gotham in the Rain