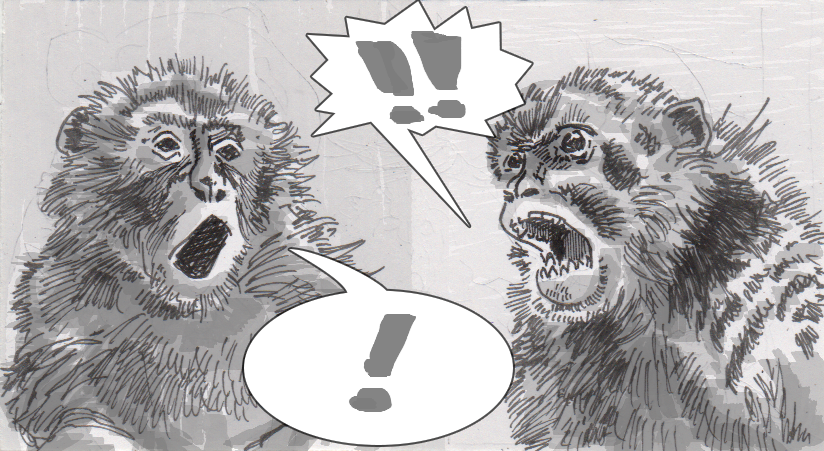 Humans are adept at appreciating alarm in the voices of animals

You’ve probably never conversed with a groundhog or tree frog, but it might not be as futile as you’d think. Sure, it’s sometimes hard to communicate with other humans that ostensibly speak the same language as you, but there’s a good chance that some of the underlying emotion you want to express gets through in just about any conversation. For all the layers of complexity that language can have, researchers are finding that humans are actually pretty decent at picking up the basic intent of a wide range of vertebrates’ vocalizations. We might not know exactly what details a particular prairie dog has to share, but we can at least tell how strongly that critter feels about what it’s saying.

The study was fairly straightforward, asking 75 humans to listen to recordings of different animals and identify the level of arousal, or emotional energy, of that animal. The humans were native speakers of English, German or Mandarin in order to try and eliminate any bias that might arise from a human language that somehow more closely followed the grammar rules of bush elephants or pigs. In the end, people’s assessments were definitely more accurate than random guesses, although the degree to which people understood each species was sometimes surprising.

Humans could identify higher or lower arousal in other humans quite well, followed by giant pandas, tree frogs, elephants and alligators. We actually did worse with some species pigs, ravens and barbary macaque monkeys, indicating that familiarity or genetic similarities weren’t the key component to communication. Overall, the more a species relied on shifting the frequency, or pitch, of their voice, the more it made sense to human ears. Some samples from the study can be heard here if you want to try it yourself.

We know that animal vocalizations can get very complex, and so nobody was expecting anyone to really parse specific messages in this test. The fact that prairie dogs seem to have specific vocabulary for details in their alarm calls is probably going to be beyond the ear of most human listeners. However, the fact that the sense of urgency of an alarm call in prairie dogs, birds and other animals may be detectable may indicate that all these air-breathing vertebrates share a common foundation in our noise-making.

Even if you’re not about to chat with your local squirrels, this study helps establish aspects of how language may have evolved in the first place. Other work has found that specific vocalizations are often taught from one generation of animal to the next in a process that closely mirrors human language acquisition. For example, baby marmoset monkeys transition from babble to specific calls in a process that is nearly identical to human babies. A baby marmoset will get feedback from adults about specific phonemes it makes, and then learns to refine and rely on those specific sounds for communication as it matures.

Source: Humans identify emotions in voices of all air-breathing vertebrates