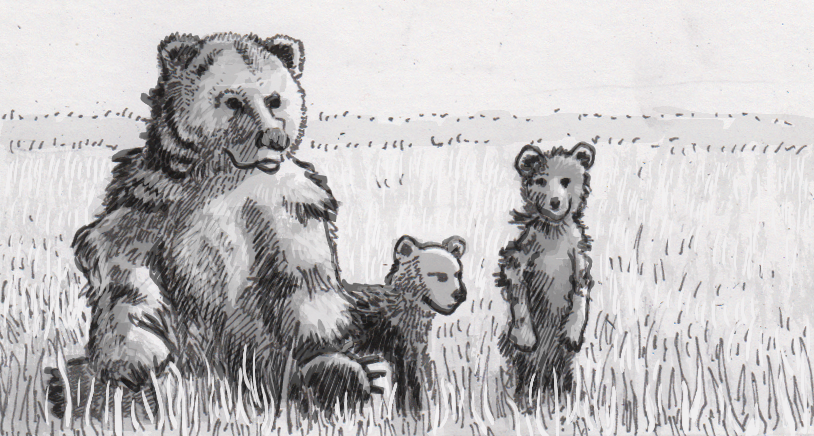 Hunting regulations are reshaping how brown bears raise their young

Swedish brown bears are spending more and more time with their cubs, but it’s not thanks to needier offspring or any surge in maternal instincts. It’s actually been thanks to a process of elimination, as bears taking care of cubs can’t legally be hunted, meaning moms with an empty nest are more likely to be killed by humans. It’s one of a number of ways human activity is shaping bear behavior, as our activity puts pressure on some populations while protecting and encouraging others, possibly in ways we haven’t really considered.

Researchers investigated maternal behavior in Swedish brown bears (Ursus arctos) over the last 20 years to see how bans on hunting mother bears impacted their reproductive success. They originally assumed that hunting would push bears to wean their cubs at younger ages, trying to maximize their reproductive opportunities while they had the chance, similar to other animals that have been known to breed at younger ages when resources are scarce. However, the opposite proved true— bears that said goodbye to their cubs after one-and-a-half years were more likely to be hunted and removed from the overall population, while bears that stuck with their offspring for an additional year were more likely to survive. Over the course of two decades, the genes driving instincts for long-term parenting have had a chance to flourish, and these patient mothers are making up a larger and larger portion of bear populations.

An upside for offspring

The mother bears aren’t selfishly using their cubs as shields from hunting. A mother bear won’t mate until her cubs have moved on, and so male bears will attack offspring so the female will be more receptive to new suitors. Smaller cubs are obviously easier to attack, although bears that were on their own after a year and a half faced a 22 percent mortality rate.  Cubs that stayed with their mom were thus more successful, providing more benefits to bear family’s that stuck together. This may lead to some interesting consequences for non-hunting humans too, as mother bears in outside of Sweden have already been observed using human developments as safe havens from male bears that would harm cubs, meaning people may have to deal with an increasing number of urbanized bears as these trends continue.

These patterns all show how things like hunting regulations can make a big impact in ecosystems, even after hunting season has ended. While many governments impose regulations against hunting animals caring for young to try to keep populations stable, these rules may end up changing those populations as well. The number of bears in Sweden has been climbing, and more and more of those bears are sticking together in the safety of a family unit.