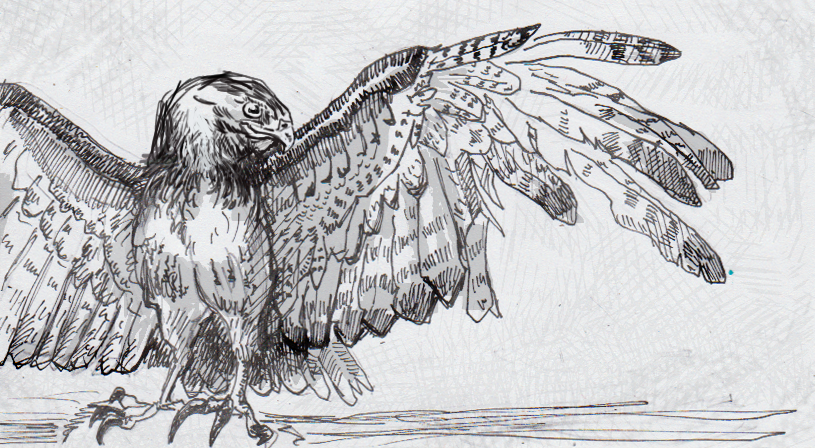 If a bird looses too many feathers, it’s more than just a cosmetic problem. Flight depends on feathers in birds’ wings and tails, and damage to them can ground the bird, possibly preventing it from staying safe or finding its next meal. Fortunately for birds, humans have developed techniques to help get them back on their feet, er, wings, before it’s too late.

If a bird looses critical feathers, a 1000-year-old procedure called ‘imping’ can replace them. Wildlife rehabilitators basically graft donor feathers to the broken ones that need replacement. Feathers are first cut , and then a piece of bamboo, like a kabob skewer, is fitted inside the donor shaft. The other end of the bamboo is inserted into the stump of the shaft still attached to the bird, with epoxy used if necessary. Once the bird starts growing new feathers again, these rebuilt feathers will be molted out. In that sense the bamboo and epoxy are like a cast on a broken leg- a temporary solution until the body can provide a more permanent solution.

Generally, feathers are matched from corpses of birds from the same species. But if perfect matches can’t be found, hybrid feathers can be built with pieces of feathers from other species. If the feathers are of a similar size and build, the most important issue is actually that you match the specific feathers from wing to wing. For instance, a 3rd primary feather should only replace a 3rd primary, as the shape and position are critical to how the air interacts with the wing, allowing the bird to fly.

Source: How Injured Birds Get New Feathers—It May Surprise You by Liz Langley, Weird and Wild