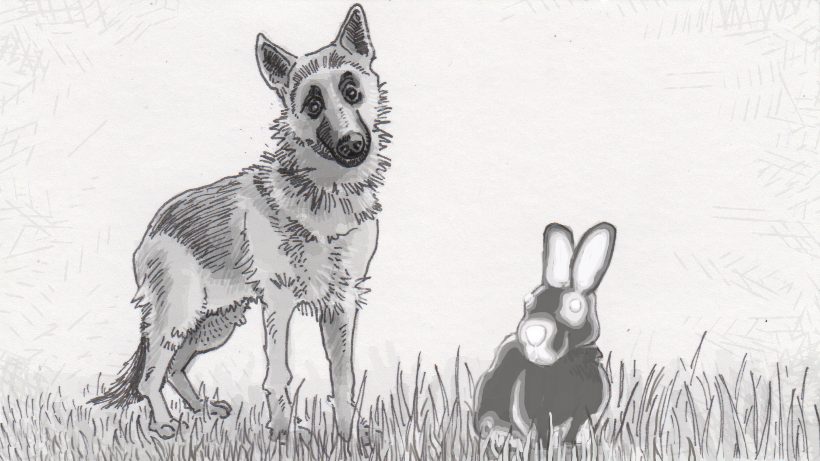 Dog snouts have long put humans’ to shame, but now they’re really rubbing our noses in it. As if their amazingly sensitive sense of smell, which already 10,000 times more sensitive than ours, wasn’t enough, researchers have found that dogs can also detect the thermal radiation from an object a few feet away. So not only can a dog detect the slightest whiff of a nearby animal on the wind, but they can also use their nose like an infrared camera to help locate nearby prey.

Obviously, your nose can detect heat as well, although in a significantly different manner than what was being observed in this work by researchers from the Lund University and Eötvös Loránd University. When your nose feels warm, it’s detecting direct contact with a more energetic fluid, such as warm air molecules banging into your skin. This kind of convection-based heat detection has a fairly limited range though, and is really only suited for being aware of your environment’s ambient temperature (unless you have a habit of poking things like your toaster directly with your nose, in which case you’ll be making use of conduction too). In either case, it certainly wouldn’t be of much use to a predator that might need detect prey before it’s already in contact with it.

Dogs’ so-called thermoreception instead relies on detecting thermal radiation in the form of photons emitted from the warm object. Those photons are intercepted and detected on the tip of the dogs’ nose, allowing the dog to sense heat from an otherwise obscured object. This would allow dogs to detect warm-bodied animals hidden in grass, or snow, or anywhere else the prey would emit more heat than it’s environment.

Most dog owners probably haven’t noticed their dogs behavior being shaped by this ability, since it’s rarely going to eclipse other senses like vision and smell. To even confirm such functionality, researchers had to first train dogs to seek out warmer objects for a reward. The dogs were then prompted to choose between two objects that were identical in every way except their temperature. From a few feet away, the dogs could all pick out the warmer option, indicating that their brains could make use of this thermal information as expected.

A wider batch of dogs then had their brains scanned in an fMRI machine so that researchers could try to understand how the dogs made sense of their heat-seeking sensitivity. When presented with a warmer object, the dogs’ brains showed extra activity in their left somatosensory cortex, which is known to deliver information from the nose. This research didn’t identify the exact mechanism in the dogs’ nose that is triggered by thermal radiation, but it’s suspected to follow similar patterns to other thermoreceptive animals.

This isn’t to say that dogs inherited their ability to sniff heat directly from those other animals, as only a handful are presently known and none of them are close relatives to a dog. Some vipers have specialized pits in their faces that allow them to hunt small mammals in dark burrows. Vampire bats are the only other mammal known to sense heat in this way, and use it to help find warm blood flowing under the skin of their prey. However, the fact that dogs have this ability strongly suggests that other mammals may be able to sense thermal radiation, starting with wolves. As dogs direct ancestors, wolves very likely use their noses to help locate warm prey.

Source: Your Dog's Ice-Cold Nose May Be a Sensor for Detecting Heat at Distance by George Dvorsky, Gizmodo