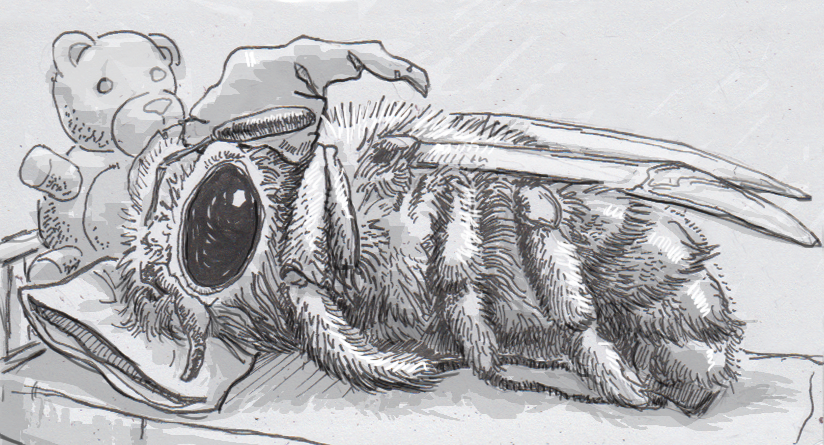 The incentives and bad influences that shape a honeybee’s bedtime

Part of being a busy bee is also being a sound sleeper at night. A bee’s life is strongly diurnal, as the warmth of the daytime sun both warms their bodies and awakens the flowers they want to collect nectar from, but this doesn’t mean that these crucial pollinators are left standing around the hive all night with nothing to do. Instead, bees will flex their legs, rest their heads, and even flop over into slumber, occasionally holding the legs of their neighbors while they sleep. It’s been found that the bees aren’t just sleeping to pass the time, but that like humans, rats, and just about everything else with a brain, they need that time to rest and rebuild their memories to be ready for the day ahead of them.

Measuring the importance of sleep isn’t completely straightforward with an insect like bees, since different members of the hive will have different roles to play, some of which don’t lend themselves to observable degradation. However, bees old enough to graduate from domestic chores to outdoor foraging communicate with each other through gestures and waggled abdomens, which have to be very precise to direct peers to the potential nectar. Like a human who has stayed up too late, bees denied sleep start to move sloppily, possibly misdirecting others in the process. When foraging, they’re also more likely to get lost when returning to their hive, indicating that sleep is critical to their memory and learning.

To further test this idea, scientists taught bees to respond to a specific smell that they tied to a sugary reward. They then added that smell the sleeping enclosure of these bees while the insects were in different phases of sleep. In the morning, the bees who had smelled the exciting odor during deep-phase (or slow-wave) sleep showed the most ingrained response to the smell when awake, indicating that that was when such memories were really being consolidated in their brains. This matches some of what has been observed in rats and humans, suggesting that the role of sleep evolved long ago in order to be so widespread across the animal kingdom.

Unfortunately for the bees, they may also share some of our reasons for losing sleep as well. Most bees will sleep between five to eight hours a night, usually synced up with however much daylight is available. However, experiments have found that bees’ circadian rhythms are most strongly set by the activity of their peers in the hive, even if that blatantly contradicts environmental conditions. Even when removed from social and light stimuli, bees’ circadian rhythms best matched the social schedule of their hive, rather than daylight. Ideally, there wouldn’t be a conflict between these influences, but it shows that the risk of  social jet lag, when our social structure doesn’t match the greater world around us, may be built into our sleep biology as well.

Source: Bees learn while they sleep, and that means they might dream by Alex Riley, BBC Earth