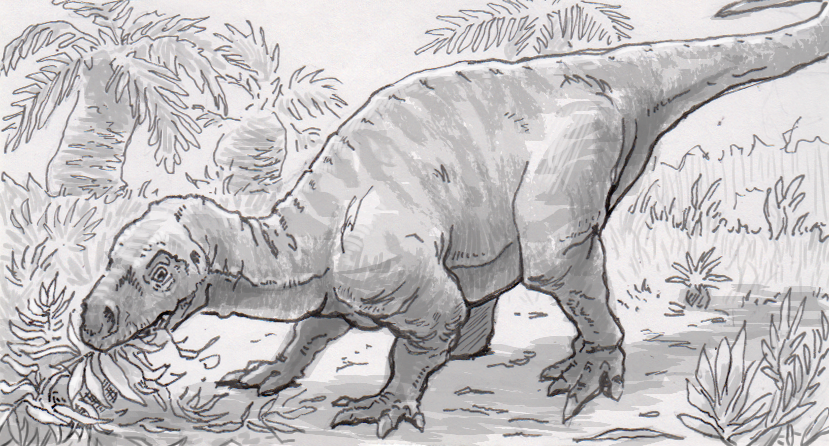 Being gigantic is obviously awesome, but that doesn’t mean it’s easy. Juggling growth rates, heat retention, reproduction and stuffing one’s face full of calories have long seemed like a difficult challenge for evolution. While there have been some wrong turns, paleontologists have been putting together the pieces of history’s largest dinosaurs, hoping to build a sort of anatomical formula for how to prosper as a huge animal. Many of those key traits seemed to have gotten their start 180 million years ago in the Jurassic period, when long-necked sauropods like Vulcanodon started paving the way for eventual giants like Brachiosaurus and Argentinasaurus. Of course, science is all about revisions, and a newly discovered dinosaur out of Argentina is making researchers rethink what was needed to be big, right down to when being big became a thing in the first place.

An earlier start for being big

Ingentia prima was a 32-foot-long herbivore that lived 215 million years ago, in the Triassic period. Since most of the early dinosaurs of this period were closer to the size of large dogs and turkeys, the fact that this creature likely grew up to 11 tons in that time period wasn’t really expected. Yes, there would have been a transition from smaller dinosaurs to the larger herbivores of the Jurassic, but I. prima predated those species enough that it’s not actually a direct relative of the sauropods that came later. This means that however specialized a long neck and barrel-shaped body may seem, scaling that anatomy up to ridiculous sizes was advantageous enough that evolution did it at least twice.

That’s not to say that I. prima was a perfect predecessor of the sauropod cousins that would come later. Features that were thought to have been critical to these dinosaurs’ evolution apparently…wasn’t. For example, many large sauropods had straight, column-shaped legs that likely helped support the animals’ immense weight, even at the cost of mobility. These legs may have helped some later sauropods like Argentinasaurus reach their truly mind-boggling sizes, but I. prima apparently handled 10 tons of mass with relatively crouched knees and elbows.

In addition to a different posture, the growth of I. prima’s bones was different as well. The bone structure of most sauropods indicates that they grew at a regular, even pace. In contrast to this, I. prima may have handled its bulk by growing in quick fits and spurts. Cross-sections of the I. prima’s bones show that it’s bone growth looked a lot like tree rings in seasonal conditions, increasing immensely at certain times while being relatively static at others.

Shared air sacs in the spine

All this analysis of I. prima’s skeleton did find that the dinosaur did share one size-strategy with it’s Jurassic cousins, which is the inclusion of air sacs in its spine. Similar to the air sacs found in modern bird skeletons, these carefully located voids would have lightened the weight of vertebrae without sacrificing structural integrity while also helping with respiration and possibly temperature control. The fact that this trait later evolved again in large sauropods indicates that, unlike thick, even legs, taking a load off one’s back may have truly been a crucial piece of how these animals grew to such enormous sizes.