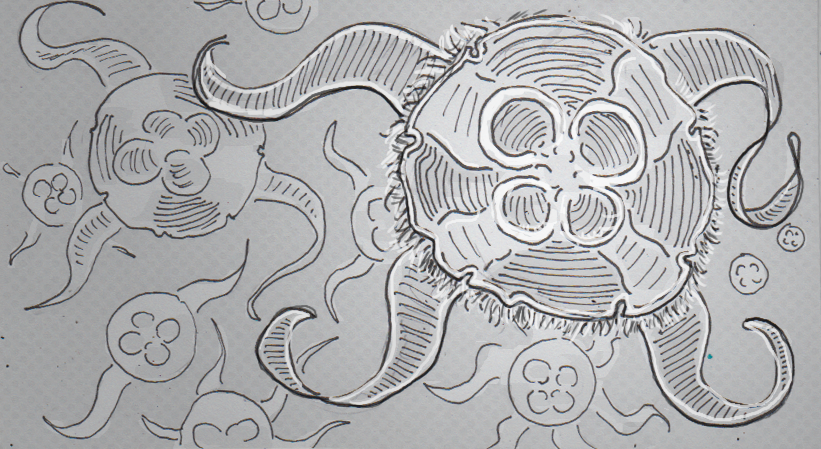 Recovering from injury is an important concept for most living things. Humans make use of regeneration for small injuries like cuts, and even larger problems like a broken bone can knit itself together with some help from a cast. These tactics work pretty well, but we’re still discovering new ways that animals make sure that one accident doesn’t cost them their lives. Some regenerate tissue, up to entire limbs. Others, we’ve just discovered, have found ways to just make the best of what they’ve got left, even it if means reorganizing their body to do it.

Jellyfish’s long tentacles offer some defense thanks to their stingers, but that doesn’t mean that some would-be predators don’t learn this the hard way, after trying to take a bite of them. It’s not uncommon for a tentacle to be torn off while the jellyfish carries on without it. However, thanks to the way jellyfish swim, loosing a tentacle throws them off balance, disrupting their pulsing form of movement through the water. So to keep the missing tentacle from being their downfall, the jellyfish, or at least Moon jellies, which were the focus of this research, then rearrange their remaining limbs to make their bodies symmetrical once more.

Squeezing the tentacles into place

The way they do this also ties into their swimming. As they move through the water, the injured moon jelly will use its muscles’ contractions to reshape and reallocate where it’s gelatinous tissue sits. As these contractions and relaxations continue, tentacles can be moved around the edge of the body over the course of a few hours to a few days, until balance has been restored. Obviously, having no skeleton enables a lot of flexibility, allowing such a concept to work.

In experimental amputations, the moon jellies were able to accommodate varying quantities of limbs with this method. From eight to two tentacles, symmetry was restored, allowing the animal to continue moving and feeding, most likely at a smaller energetic cost than immediately regrowing the lost limb in order to stay alive.

Source: The Surprising Way Jellyfish Put Themselves Back Together by Carrie Arnold, Weird and Wild