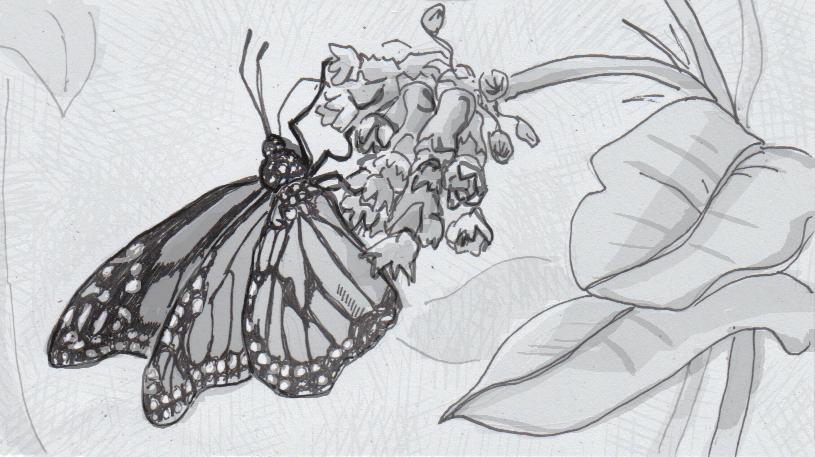 This is a story about chromosomes, misidentified butterflies, and conflicting evidence, complete with a missing person. It’s also a story where the details simultaneously count, but kind of don’t, at least from the larger perspective of illustrating how science works. The whole thing lacks a romantic interest, but that might get worked out soon if there’s enough sexual dimorphism between the butterflies.

For 40 years, scientific literature has been in agreement that monarch butterflies (Danaus plexippus) have 30 chromosomes— the packets of DNA that are shared and resorted during fertilization, but are also used when a cell divides itself. Counting the number of chromosomes has been a fairly stable concept, and so if a study from 1975 reported that these butterflies have 30 chromosomes, there hasn’t been a lot of reason for doubt. As such, other studies have relied on that figure, citing it as a reference point over and over.

However, one of the strengths of the scientific method is that ideas can be challenged, if you have evidence to do so. In the case of the monarchs, a postdoc noted that his own observations didn’t match up with the established chromosome count, and so he started investigating why that might be true. One of the immediate questions that came up was that the 1975 paper was conducted in India, a country that is not on any of the standard migration routes for monarch butterflies native to the Americas.

This bit of geography was especially reverent when considering taxonomic confusion already surrounding monarchs. Many other species benefit from mimicking the bright orange markings of monarchs, because they signal to birds that they may be poisonous and not worth eating. These similarities have apparently been good enough to also confuse humans, with many scientists struggling to definitively classify monarchs and their relatives for over 100 years. In this case, monarchs and tiger butterflies (Danaus genutia) were only officially designated separate species in 1954. Without today’s instantaneous exchanges of information (#monarchsplit?#butterflygate?), it’s easy to see how the 1975 chromosome count may have accidentally been conducted on tiger butterflies, which do live in India.

Unfortunately, the original authors of that study aren’t available to answer these questions. Fortunately, science can dig into the question anyway by looking for more evidence in the form of butterfly DNA. Six young, verified monarchs have since been found to have 28 chromosomes, which seems like it should settle the debate, but things get better. A second paper has recently been published asserting 30 chromosomes again, which is where scientific investigation may really have a chance to shine. While the confusing history of monarch identification might have created a bit of intrigue, new, conflicting results might point to new, larger scientific questions about these butterflies’ genetics. Butterflies in the same genus as monarchs have been known to have some unusual variability in their chromosomes, so all this investigation may lead to a more profound understanding of these insects, well beyond a single figure in an old publication.

My second grader said: They do look similar, but tiger butterflies have more white

My four-year-old then said: Maybe that’s because one is a boy and one is a girl?

Tiger butterflies do generally have more white on their wings, but that wouldn’t really be confused with the differences between male and female monarchs. Male monarchs can be identified by claspers on their abdomens, to small black spots along the dark veins of their hind-wings, and thinner black veins in their wing markings overall. Both males and female do have some white spots, but not the in the concentration you find on a tiger butterfly’s wings.

Source: Monarch miscalculation: Has a scientific error about the butterflies persisted for more than 40 years? by Michael Price, Science