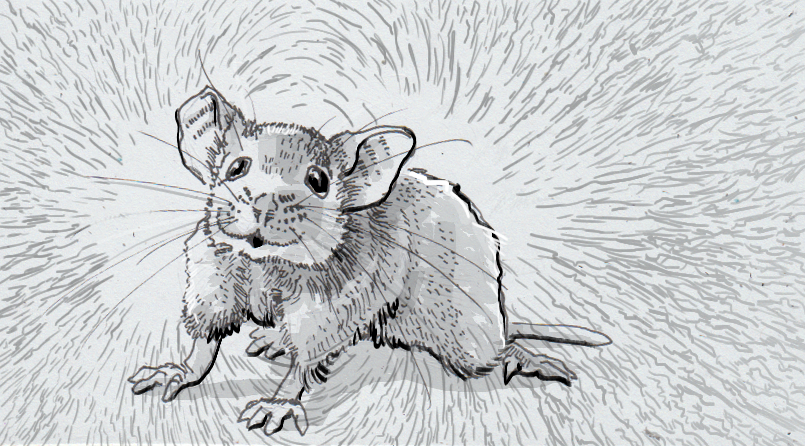 Mouse mind-control just went wireless. There’s been lots of research into ways to manipulate a living brain’s activity, re-writing emotions or embedding new memories, but those have all required fiber-optic be implanted in the subject’s head to work. Steps have been taken towards manipulating neurons with sound, but that was with nematodes, which don’t make for nearly as much fun as a remote-control mouse. As an alternative to optogenetic and sonogenetic approaches, scientists from the University of Virginia have now proven the possibility of “magneto-genetics” by manipulating mouse-brains with non-invasive magnets.

While the mice didn’t have to undergo surgery for this test, they were not garden-variety rodents by any means. Researchers started by targeting the TRPV4 ion channel, which a normal part of brain cells. Ion channels can be thought of as activation-points for cellular activity, and TRPV4 happens to sensitive to mechanical pressure— it can be physically pushed or pulled open, which made it ripe for the next step in the process. Researchers then modified the genes for these TRPV4 ion channels so that they’d create a protein called ferritin, which is known to sponge up iron. This then left the mice cells with ion channels that could be tugged on, and thereby activated, by magnets.

The first test of these ferrous ion channels was in zebrafish (Danio rerio), since their brains are relatively well understood and easy to work with. The ion channels were grown in nerve cells involved with detecting physical touch, and when the fish were exposed to a magnetic field, they responded by curling up their tails to avoid the object their brains were sure they’d just come in contact with.

Magneto-genetic cells were then added to mice brains to see if this concept could be “scaled up” to a more complex brain better approximating fancy mammals like ourselves. The mice were privileged to a more pleasant bit of manipulation than the zebrafish, as the magnetic field triggered dopamine-sensitive neurons in their brains. Since dopamine plays a role in reward and motivation, when given the option, magneto-laced mice chose to move and stay in areas where a magnetic field was active. Rather than run away, the magnets made the mice never want to leave.

This obviously doesn’t mean that the magnets on your fridge are responsible for all the time you spend looking for snacks, since it requires a fair amount of genetic prep work. However, as scientists refine these techniques, it could become an useful tool to better understand which parts of our brain are making things work, which parts might occasionally be breaking.