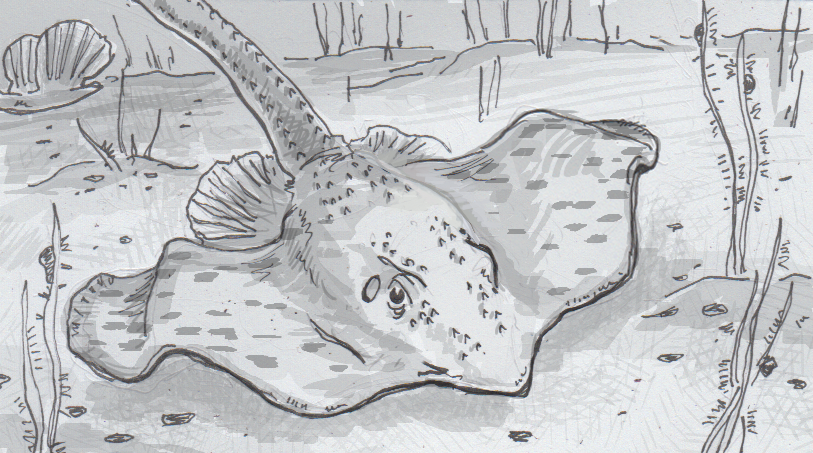 Rays, skates and sharks have a sense that our ancestors gave up (mostly). These cartilaginous fish generally don’t have great eyesight, but they can make up for it by sensing electric activity in their prey. This ability, known as electrosensory, allows something like a little skate (Leucoraja erinacea) to detect prey buried under a layer of sand, picking up the electrical activity of the animal’s heart beat. The basics of this ability have been known for some time, but researchers now say they’ve figured out the underlying biology that makes it all possible.

To try to trace each step of some skates’ electrosensitivity, researchers modified skate’s genomes to isolate different genes that were thought to play a role in the electrosensory organs. Bit by bit, they put together how electrical activity in prey can somehow be detected and transmitted to the skate’s brain. The process starts with voltage-sensitive calcium in specialized cells, which draws in calcium ions when activated. To boost that signal, the calcium ions also trigger potassium in the cell, which causes an oscillation in the surrounding electrical field. This helps get even a faint amount of electricity up to a threshold that will trigger a nerve signal to the skate’s brain.

Electrosensitivity in our ears?

This bit of biochemistry may seem quite esoteric, but it has connections to our own anatomy. The genes involved in detecting electric perturbations were found to be connected to the genes that our bodies use to build our ears’ sensitivity to sound. Long ago, many organisms probably relied on electrosensitivity to find prey, particularly considering the how well electricity conducts in water. Sharks, rays and skates held onto this ability, but other fish repurposed some of these sensors into a structure called a lateral line, which lets them detect movement in the water around them. Eventually, those genes were modified further, and now play a role in how we detect sound.

In the lab, researchers were able to make similar modifications to ion channels on rat cells (not rats) that they carried out on the skates. This similarity helps support the idea of a common point of origin, and may allow for new avenues for research. It’s possible that insight gained from skates’ and sharks’ electrosensitivity will help inform us about how our inner ears send signals to our brains.