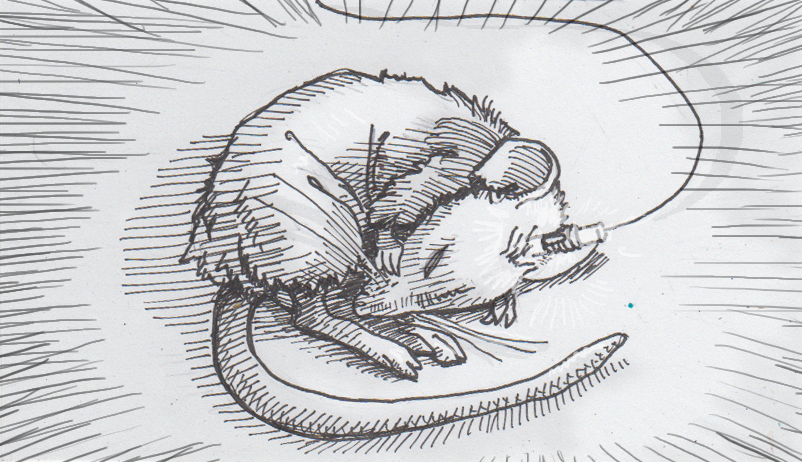 I’ve got a good feeling about this place…

As mouse memories have been made pliable with electrodes and optogenetics, the latest advancement has been to implant a new memory entirely, based on their experiences earlier in the day.

Mice brains, spacial memory centers in the hippocampus, were recorded as the mice visited certain locations in their enclosures. Once the correlation between specific locations and specific spatial memory cells was found, that memory used as the basis for a new memory to be encoded when the mouse slept.

This was done with the electrodes “playing back” the sequence of activity, with the important addition of activating the pleasure centers. Memories are often reinforced and replayed during sleep, and the stimulus from the electrodes took advantage of that system. The result was that the mouse presumably remembered not only the place, but also receiving some kind of positive feedback or reward there.

The next morning, the mice appeared to have a pleasant memory of that new place as expected, and spent 4 to 5 times more time in that spot compared to control mice. Aside from the ‘wow’ factor of creating implanting a memory, this also provides clues about how and when memories are formed during sleep.

Source: False memories implanted into the brains of sleeping mice by Mo Costandi, the Gaurdian