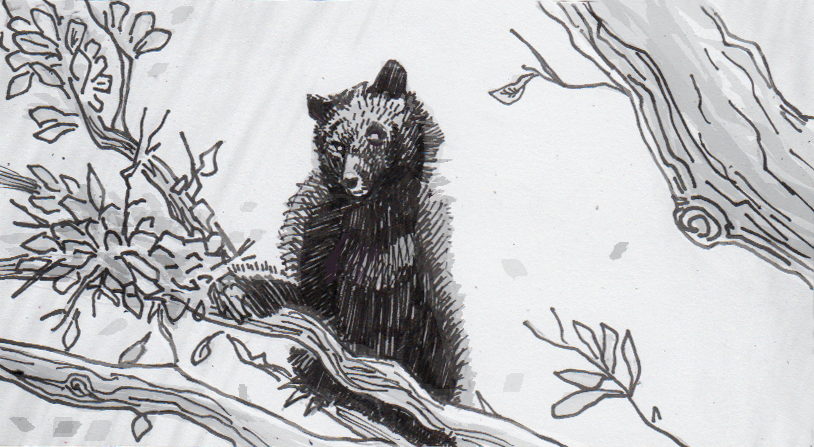 There’s more to ecology than keeping track of what animal eats what. Understanding food-webs is important, but environmental systems also depend on the changes an animal makes to that environment. The most famous (non-human) example of this idea is beavers— by creating dams, beavers can create ponds in the woods, effectively carving out a space for a variety of other inhabitants. In Japan, it’s now been found that Asian black bears (Ursus thibetanus) play a similar role in their local environment, thanks to their creation of Kuma-dana, or “bear shelves.”

The bears’ stomping grounds are limited to the islands of Honshu and Shikoku, two of the larger islands that make up Japan. While there are plenty of forests, they’re increasingly being converted to managed groves that aren’t bear friendly. And if they’re not bear friendly, it’s now been proven that they’ll be tougher environments for plants and pollinators as well, not that the bears have been worried about that themselves.

The Asian black bears will often climb to the top of trees, building the aforementioned bear shelves out of bits of branches and leaves as they look for fruit and nuts. Once they’re done foraging, the resulting heap looks a bit like a misplaced compost pile, sitting out at the end of a tree branch, and isn’t of much use on its own. The activity of making a bear shelf, however, means that the bears have cleared openings in the tree’s canopy along the way, which allows for more sunlight to reach the forest floor. The extra sunlight is significant enough to boost the fruit and seed production of neighboring plants, which in turn provides more food sources for pollinators, assisting the biodiversity of the whole area.

Estimates put the bear population in Japan at fewer than 10,000. With this new information about how these bears are working to improve conditions for the forest as a whole, it’s clearly important to keep that population stable at a minimum.