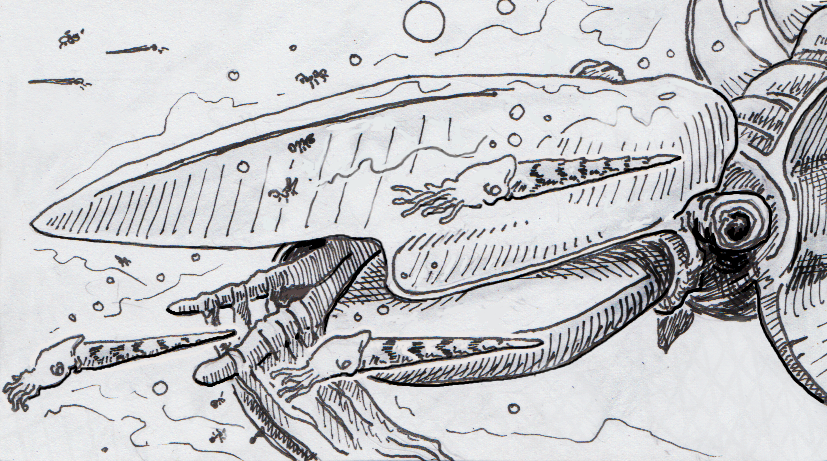 King of the Ordovician Seas

Aegirocassis benmoulae lived 25 million years ago in the Ordovician period. Its world was covered in oceans, with a plethora of not just new life, but new species popping up everywhere. But among the various plankton, cephalopods like Orthoceras, and other arthropods, Aegirocassis still stood out from the crowd, because it towered over it.

At 2 meters long, this arthropod was nearly 3 times the size of any other creature we know of from the Ordovician period. But this isn’t to say he was an aggressive predator, gobbling up every neighbor in site. Instead, the fossil found in Morocco shows that he was likely a filter feeder, with an elaborate comb-like structure near its mouth. Like a modern whale, or perhaps a whale shark, Aegirocassis‘ bulk was fueled by dining on small plankton.

And as with blue whales today, that bulk may have been the filter-feeder’s primary defense as well. In addition to the exoskeleton common to all arthropods, the mass of Aegirocassis probably helped deter would-be attackers, since the filter-comb was only scary to the plankton.

Source: Think Man-Sized Swimming Centipede — And Be Glad It's A Fossil by Christopher Joyce, All Things Considered