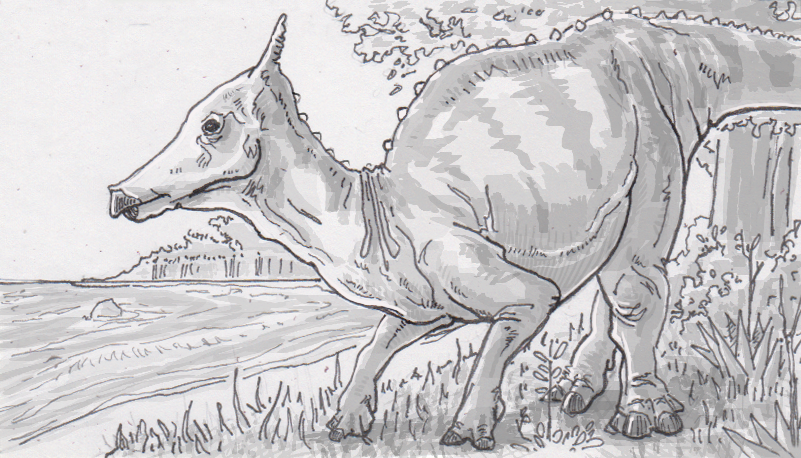 Land-loving hadrosaurs were preserved by the ancient Pacific Ocean

Sometimes fossils turn up where they shouldn’t, or at least places where the original animal never lived. This isn’t due to museums moving specimens around the world, but due to the ways topography changes over time. Both Japan and California have hadrosaurs in the news this week, but both fossils turned up in rock neither dinosaur ever set foot on. They were both uncovered in areas that were once underwater, but now lie exposed to the sun thanks to lower sea levels. These dinosaurs didn’t die on a boat though- their bodies were most likely moved out to sea after their deaths.

Two species washed out to sea

The Japanese hadrosaur has been nicknamed “Mukawaryu,” or Mukawa dragon, after the locale where it was found. The 26-foot-long herbivore was part of the larger family of so-called duck-billed dinosaurs that are known to have grazed on plants around the world in the Cretaceous period. So it’s likely that they lived in the area that is now Japan, but finding their fossils is difficult thanks to how much geological activity has reshaped that region. Volcanic eruptions and earthquakes do a good job of jumbling up fossils over time, making complete skeletons a rarity. Beyond that, any land animal that gets washed out to sea is likely to end up a damaged, dis-articulated mess by the time it ends up on the ocean floor, so finding Mukawaryu was lucky in a number of ways.

In California, a different hadrosaur is in the news, also largely thanks to where its fossils were found. The two specimens of Augustynolophus morrisi has only been found in California, which has prompted state lawmakers to make it the state’s official dinosaur. It was originally discovered in 1936 near Fresno, but like Mukawaryu, nobody believes that that is where it spent its life.

Pros and cons of a shifting shoreline

Like portions of Japan, California was largely underwater in the Cretaceous period. Most of the fossils found in the state are therefore various species of plants, shelled mollusks, and even a few marine reptiles like mosasaurs. Of course, like Japan, California experiences its fair share of seismic activity, making the odds of finding fossils from the few terrestrial dinosaurs that were ever in the state’s borders very unlikely. In addition to simply beating the odds, finding these animals in marine sediments meant that they were preserved in very fine silts on the ocean’s floor. This soil not only helped preserve skull fragments and limbs, but also skin impressions with enough detail to make out Gila-monster-like scales covering the animal’s flesh.

While some good anatomical details have been preserved in both of these hadrosaurs, one thing that was of course lost in their burials was ecological information about their lives. We know they lived near waterways at times when the Pacific Ocean reached further inland, but unless more specimens are found further still, we might never know exactly where these animals called home when they were alive.

Source: This Fresno County dinosaur could be California’s next ‘rock’ star by Tim Sheehan, Fresno Bee