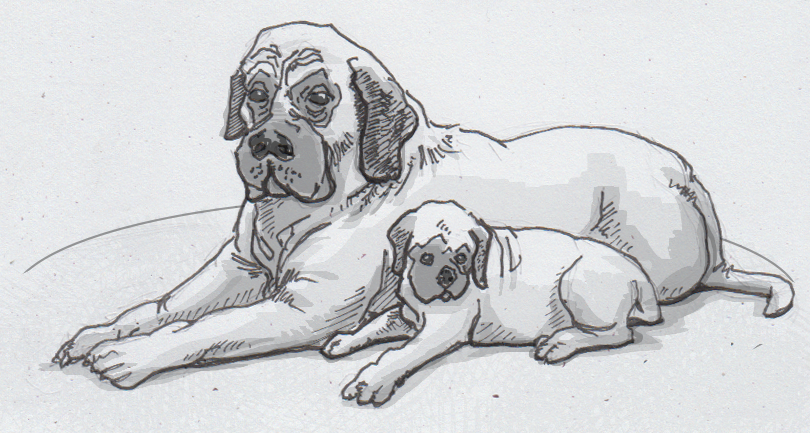 Being big can mean a lot to an animal. Predators are more likely to leave you alone, you may be preferred by mates for being so robust, body heat is retained more easily, and in many cases, you just live longer. That last point isn’t universal, but most of the time, larger species outlive their smaller counterparts. For example, a smaller bottlenose dolphin has an average lifespan of 20 to 30 years, while larger orcas are more likely to average 30 to 50 years. Not every species fits this trend perfectly, but few break with it as much as domesticated dogs. With smaller breeds sometimes doubling the lifespan of their larger cousins, dogs seem to be in complete defiance of the size to lifespan correlations, a fact that’s recently been traced back to their time as puppies.

Researchers started looking into byproducts of normal metabolisms called oxygen free radicals. As bodies convert food and oxygen into energy and necessary proteins, some of the oxygen ends up “loose” in the body where it can interact with and potentially damage the chemistry of our cells. To keep this under control, bodies need to gather (or synthesize) what are known as antioxidants— vitamins, minerals and flavonoids to neutralize the free radicals before they harm us. Since free radical damage may be tied to some symptoms of aging, researchers thought that larger dogs might somehow be oxidizing and aging faster than smaller breeds.

To test this, a team from Colgate University sampled tissue gathered by veterinarians from a variety of species. Clipped ears, snipped tails and claws were used to culture new cells and see if those cells showed metabolic irregularities. It turned out that, despite the irritating jumpiness of small dogs, size didn’t matter in adult dog metabolisms. Adult cells seemed to handle their load of free radicals equally well. The difference was seen in young, large dogs. Cells from soon-to-be big puppies had an unusually high amount of free radicals generated, to the point where antioxidants weren’t keeping up.

This finding fits with earlier data about the metabolic demands of growing larger in short time frames. Puppies of large breeds mature as quickly as smaller dogs, even though they’re growing more in that time span. The higher energy demands of these growing bodies may be why there’s a higher amount of free radicals, which may be damaging the puppies’ cells and shortening their lives. If this is true, it’s possible that giving large puppies more antioxidants in their diets may help them cope with their intense growth rate, but only to a point. Some free radicals are expected by a body, and too many antioxidants may cause problems too. However, at this point it appears that, probably thanks to selective breeding, our large dog breeds have become a bit unbalanced and could use some assistance.