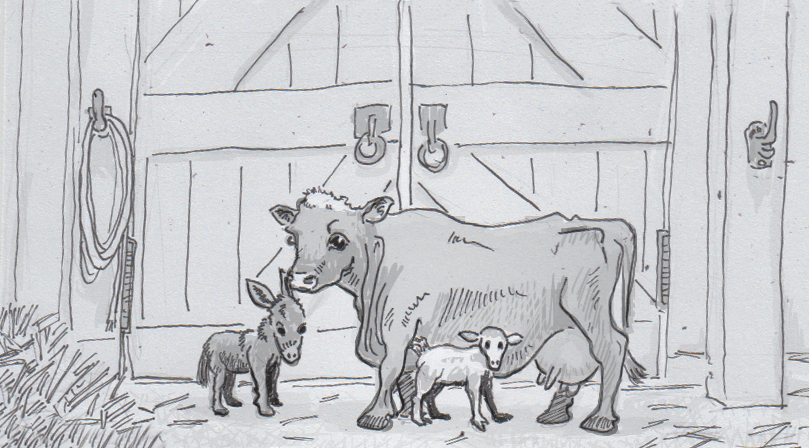 The large list of reasons farmers may look for littler livestock

Since humans have been breeding animals for food, we’ve generally favored bigger, bulkier beasts. We want big cows to provide lots of meat or milk. Farmed chickens are bigger breasted than their wild counterparts. We’ve even created lines of ducks that can no longer fly thanks to the bulk of their bodies. There are exceptions to this trend, with some farmers either reexamining the role of some animals, or at least looking more closely at the efficiency of bulking livestock up as much as possible. In some cases, bigger just isn’t really better.

In some cases, farms have thrown themselves into raising miniature animals because the size made them more accessible to smaller people, like kids. The Tanglewood farm in Georgia started with miniature horses, but now also has tiny goats, pigs, sheep and even alpacas. The farm functions largely as a petting zoo, with the small animals grabbing a lot of people’s attention as being cute and non-threatening. To further capitalize on this, and the portability of miniature breeds, these animals are easily transported to do therapy and outreach work to people in need. More traditional roles for livestock are still possible, of course, but there isn’t a huge demand for mini-steaks and cutlets.

Milk from miniature cows may be a more lucrative prospect. Mini-Jerseys and Holsteins don’t produce the same volume of milk as their 1,000-pound counterparts, but they also require less resources for each gallon of milk they do produce. Instead of requiring acres and acres of land to graze on, a 500 pound cow can still yield from 50 to 75 percent as much milk, making them a every efficient option for dairy farmers.  A 500 pound cow is still a large animal, of course, but like miniature alpacas or goats, they’re easier to work with and around than full-sized breeds, in some cases coming to be regarded as pets.

Sometimes the size of the breed isn’t the driving force behind an animal’s attractiveness. Many farmers use donkeys as guard animals for other species like sheep, since the pack animals will not only bray loudly and threats like coyotes, but they’ll fight them as well with their hooves and teeth. It just so happens that miniature donkeys, which weren’t necessarily bred for to be tiny, are noted for being tough but easy to work with. The fact that they need less to eat is just a bonus on top of their other benefits to whatever herd a farmer needs protected.

One downside to the growing interest in miniature animals is the potential for fraud against underinformed buyers. While Miniature Potbellied Pigs are easy to pass off as dainty pets when they’re young, they’re only miniature when compared to your typical 500 pound farm hog. To further compound this confusion, some sellers advertise “teacup pigs” which may be small enough to fit in a cup as a baby, but will generally grow to be at least 100 pounds as an adult, which is often more than would-be pet owners can really handle in their home. In most cases, the pigs need to be rescued or adopted, since buyers just aren’t prepared for caring for animal that size, but also lacking the highly domesticated demeanor of a dog. So if you’re looking to go small with your animals, make sure you have good reason, and understand just how little a commitment you’re getting yourself into.