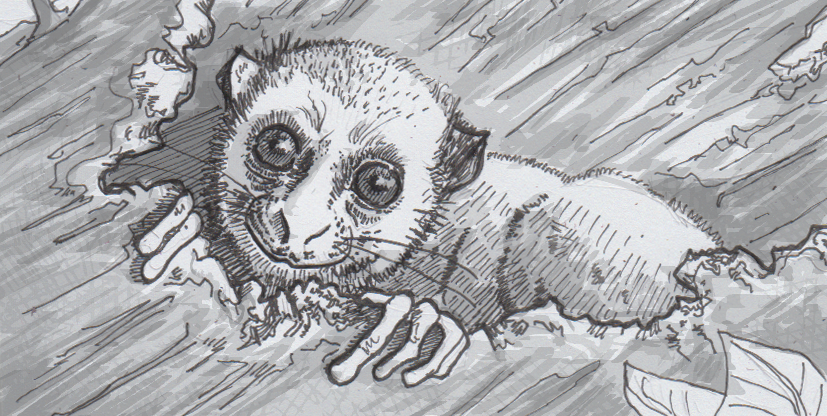 Looking at lemurs as a model for potential human hibernation

As fall progresses, temperatures drop, and we adjust our clocks, it sometimes feels like it’d be easier to just stay in bed and sleep through the winter in quite state of hibernation. There’s a big problem with sleeping through the winter though, which is sleep. Only one primate, the fat-tailed dwarf lemur (Cheirogaleus medius), hibernates, and as far as we can tell, they aren’t cycling through a full sleep-cycle in the process, even though it can go on for up to eight months. This means that if you did somehow convince the rest of your body to hibernate through winter, your brain and body would still ruin everything because they wouldn’t be getting enough beauty rest.

Not a normal nap

This starts to make more sense when you consider that hibernation really isn’t a long nap. A better framework in this case is just to think of it as an extreme slowing on one’s metabolism. Heart rates, oxygen intake and body temperatures all usually reduced in hibernating mammals. For a lemur, this can mean needing just one breath in 20 minutes and just four heartbeats in a minute (down from their usual 200 bpm!). There are some connections to sleep though, and as far as we can tell, lemur brains undergo periods of rapid eye-movement (REM) sleep. This brain activity means they might be dreaming while nestled in their trees, but even over a span of eight months, it’s somehow still not enough.

The concern with lemurs’ REM sleep isn’t that they’d be dreaming too much, but that their brains don’t show signs of non-REM, slow wave sleep. REM sleep seems to be important to memory formation and concentration, but slow wave sleep has been associated with restorative processes throughout the body, from synthesizing proteins to topping up glial cells in the brain with more glucose for energy. Experiments depriving rats of non-REM sleep found the animals suffered from skin lesions, weight loss, gastrointestinal damage and eventually death. Since waking up from a long nap is hard enough already, more needs to be understood about primate hibernation before we ask people to try it out.

People don’t naturally hibernate, of course, but there are reasons we’d like to be able to induce hibernation, even beyond skipping presidential election cycles. If someone needs inaccessible medical attention, slowing their metabolic functions may be a way to sort of hit the pause button on their decline, at least until they can get the transplant, transfusion or other treatment they need to survive. Since time spent hibernating doesn’t seem to count against a lemur’s lifespan, human hibernation might make long journeys into space safer and easier for future astronauts, just like in the movies.

There’s still a lot to be learned about lemur hibernation before we can consider these long-term snoozes. Part of the difficulty has just been the logistics of working with hibernating lemurs. They don’t hibernate in captivity, preferring to rest in 40-foot trees in Madagascar. This has limited data collection, with EEG readings only gathering five days of data at this point. Maybe they were just holding off on their deep wave sleep for a while? Hopefully we’ll find out after a follow-up study tracks their hibernation for a full month. Until then the rest of us will just have to make do with the snooze button.