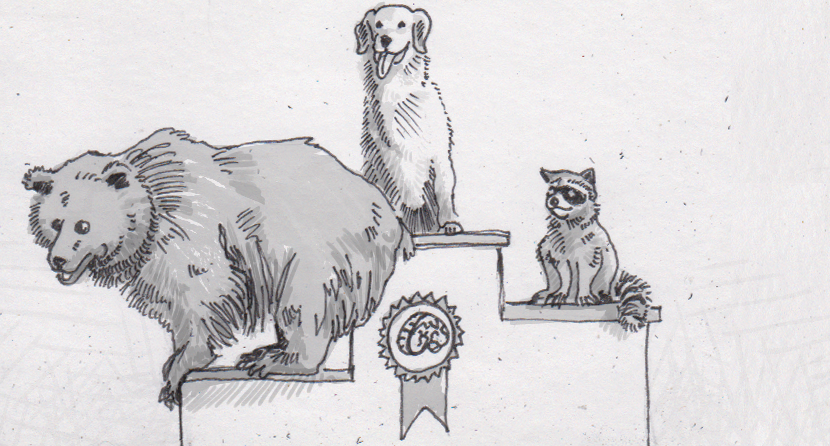 It’s hard to put a measure on intelligence. Humans compare ourselves with things like IQ tests, but they’re known to be an imperfect metric at best. Comparisons between species gets even harder, since what’s clever for one animal may be useless for another. Nonetheless, scientists have been looking for ways to understand and compare brain functionality for years, considering brain sizes, body sizes and more. Researchers from the University of Wyoming have taken a new approach to this question, putting a number on the number of neurons, or brain cells, an animal has in its head. Since connections between neurons are critical to cognition and perception, this may be a fair reference point for assessing what an animal’s brain can handle.

Between a brain’s complexity and the size of individual cells, counting every neuron wasn’t really possible. Every fold and crevice in a brain increases its effective surface area, making more room to pack in more cells. To simplify the counting procedure, researchers essentially eliminated that barrier, liquefying brains before counting the neurons. They seeded the brain slurry with a marker molecule that attached only to neurons, then counted those markers to get a tally. There was also a comparison between the total number of brain cells, and the number of cells in the animal’s cerebral cortex, which is the outer layer of tissue that handles most complex thinking and problem solving.

How mammal brains measure up

To keep the scope of the study manageable, researchers only looked at mammal brains. They did compare the brain cell counts between predator and prey species though, as they expected predators to have more neurons thanks to the cognitive demands of capturing their meals, rather than simply grazing or browsing. This prediction didn’t really hold true, as species had surprising variations in brain cell density, raising a number of questions about what those extra neurons do for each species.

For the most part, bigger brains had more neurons, but not always. A greater kudu (Tragelaphus strepsiceros), for instance, has around 307 grams of gray matter, and nearly 5 billion brain cells. A ferret, on the other hand, has only 5.4 grams of brain tissue, containing 404 million cells. Aside from the predator/prey relationship, this all seems fairly intuitive. The weirder findings concerned bears, dogs and raccoons. Brown bears (Ursus arctos) have hefty brains, with over nine billion cells overall, but their cerebral cortex had a paltry 251 million neurons. That’s fewer neurons than the cortices of raccoons, hyenas, lions and amazingly, golden retriever dogs. Playing fetch may be more complex than we appreciate, as golden retrievers somehow had over twice the connections of a bear. Fortunately, the two biggest outliers in this study matched expectations, as elephants humans and both eclipsed the other creatures measured, with over trillion and 16 trillion neurons in their cerebral cortices respectively.

So is your dog likely to outsmart a lion? Not necessarily. Researchers stress that these numbers don’t represent IQ points for each species. The raccoon’s high neuronal density may be due to its sensitive tactile abilities, which allow it to feel and manipulate it’s environment with its hands. Brown bear brains might be explained by a need for efficiency, since the bears hibernate for six months each year, and save energy by not feeding as many calorie-hungry neurons year-round. At the very least, this technique will let future studies have a new metric to compare against, seemingly providing a more detailed measurement than brain weight and volume alone.