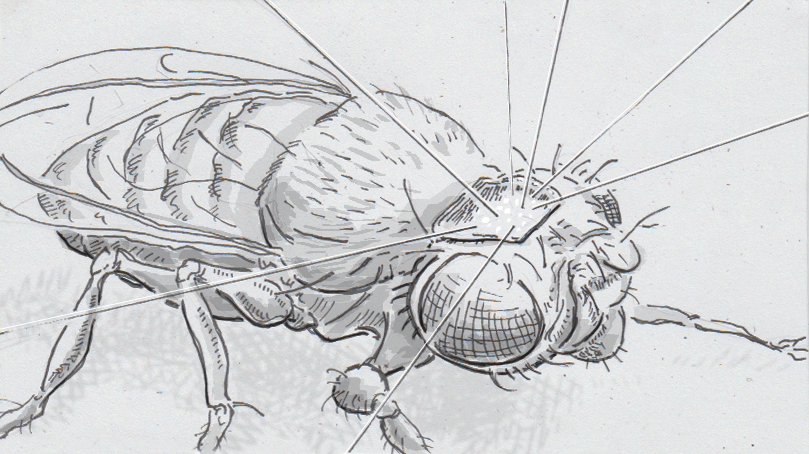 Looking inside living brains with as little disruption as possible

Good science requires testing what you think you’re testing. This might sound obvious, but it’s sometimes very difficult to observe or experiment on a subject without disrupting your test environment, which then adds new variables that might influence your results. Neurological studies can have an especially hard time with this, since observing a brain in action isn’t an easy task, in no small part because brains are usually safely hidden away from prying eyes. Two new experiments, however, have made some new inroads on observing brains in action without muddling things up.

The first study was concerned with sleeping mice. While there’s lots of evidence that sleep is crucial towards memory formation, it’s always been hard to experiment with, since the most common way to disrupt a sleep cycle is to wake the sleeper up. This can disrupt memories, but it’s such a big disruption that might introduce new problems beyond interrupted sleep cycles. To work around this, scientists from McGill University inserted optogenetic probes in mice, which allow researchers to stimulate, or in this case, disrupt brain activity with very delicate accuracy.

The hypothesis was that the rapid eye movement (REM) phase of sleep was the key step in memory durability. To isolate that phase of sleep, optogenetic light signals were used to block some of the activity in the mice’s hippocampus during REM, while allowing the mouse to still get a full night’s rest. In the morning, these mice showed signs of lost memories, acting as if objects they’d encountered the day before were completely new to them all over again. To further narrow the possible influences, the researchers repeated this experiment to target other phases of sleep, but since those didn’t seem to disrupt memories, it points to REM having a special role in memory formation.

Researchers working with fruit flies (Drosophila melanogaster) had a very different problem to tackle, as they wanted to see their test subjects’ brains as they strutted around rather than settle down for the night. While we know a lot about the brains fruit flies, they’ve generally been observed through dissection, or at least while in some kind of clamp under a microscope. In order to see what these insects’ brains are up to while say, engaging in courtship behavior, some kind of untethered monitoring was needed.

The solution wasn’t exactly a “natural” environment, but it did allow for fruit flies to walk around an enclosed space as much as they wanted to. Beforehand, each test subject had had a portion of it’s exoskeleton removed and replaced with transparent plastic, basically making a window in their head so the upper half of their brain was visible. As neat as that was, brains don’t offer a lot of visual clues about their activity normally, so the flies were bred with genetic markers on specific neurons which would flouresce when excited by… lasers. Once the lasers could highlight specific neurons in the flies’ exposed brains, high-speed cameras documented everything at 1,000 frames per second.

Even with the complexity of this setup, it still allowed scientists to get their most hands-off observations of the flies’ brains possible. The flies were able to interact more naturally, meaning brain activity scientists recorded would be a better match for what happens in a brain in the wild. As intrusive as laser-lit brains might seem, its one of the few options currently available for looking at a living brain the size of a few grains of salt.

My first grader asked: If they’ve woken up people for sleep studies, would they use optogenetics on them?

Even if a human volunteered for such an experiment, the human brain is larger and more complex than a mouse. While there are enough similarities between them (and even a fruit fly, to an extent) to make comparisons, it might be more complicated than simply inserting an optogenetic filament in persons head. Furthermore, you can probably convince a human to hold still in an fMRI for quite a few mental activities, although the lack of mobility there poses limitations that might leave scientists wishing we had brain windows too.

Source: First peek into the brain of a freely walking fruit fly, Phys.org