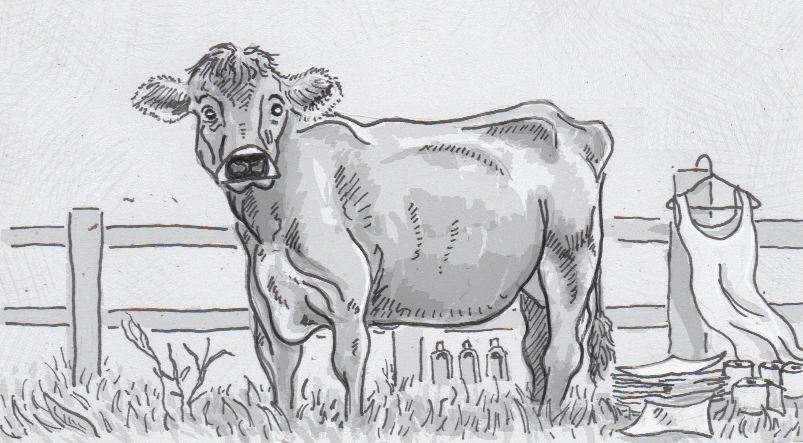 Making the most of the world’s monstrous supply of manure

Humans raise a lot of cows, and those cows necessarily make a lot of poop. Between cows and other livestock, the United States has to somehow manage up to 335 million tons of new poop every year. Some of that can go towards fertilizing gardens, but a garden can only absorb so much. Cow poo has been found to breed drug-resistant bacteria, but somehow the bigger issue with these mountains of manure is the phosphorus and nitrogen that gets into water supplies, spurring algae blooms. Fortunately, we may be able to start recycling all this waste more aggressively soon, starting with writing on and wearing it.

Turning poop into paper isn’t actually too difficult. Thanks to most livestock having an herbivorous diet, their waste is packed with cellulose, the core component of paper usually acquired from dried grasses and wood. The main requirement is just to separate the fibrous material from the “wet” components of the feces, at which point it just needs to be pulped and cleaned a bit more, depending on if you’re aiming for a page for your printer or even a few squares of toilet paper.

While recycling the plant fibers from manure would account for a lot of the poop’s bulk, the liquid components still offer other recycling opportunities. Acids  can be used to create cellulose acetate, which starts as a liquid but can be formed into thin, flexible fibers suitable even for textiles. Those textiles are often noted for their soft, breathable nature, with nice draping and no static cling. One drawback of acetate-based garments is that they can be destroyed by heat in a dryer, but they’re still quite popular with delicate garments like wedding dresses. So yes, someday people should be getting married in a cow-pie-byproduct.

Turning the poo into something useful is only part of this equation though. Bioplastics, as products like cellulose acetate are known, can also be designed to biodegrade on specific schedules. So disposable products like food-packaging can be engineered to degrade faster so they’re not in a dump for 500 years. On the other hand, some poop-products can be made to last, making them as useful petroleum-based polymers. Between breaking down faster and being made daily, plastics from cow poo win because they need to sit in the ground for ages before or after we want to use it.