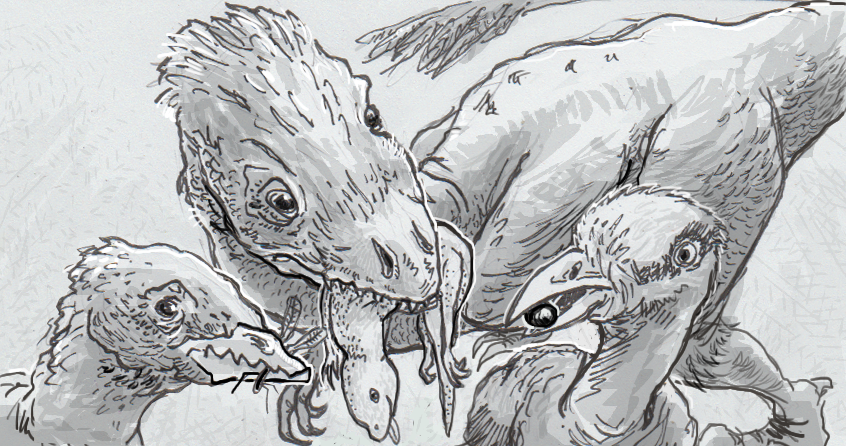 Maniraptoran survival came down to utilizing seeds as sustenance

As healthy as fresh meat and produce may be, sometimes you just have no options. If the only thing available to eat is tough, individually-wrapped packets of food, it seems that your only option to survive is to be flexible and eat what you can find. This isn’t meant to be an excuse to eat candy bars when you can’t find a salad, but a description of the ecological pressures on various birds right after the devastating asteroid strike that caused most dinosaurs to go extinct 65 million years ago. A study of ancient birds’ teeth now offers some clues about why modern beaks no longer carry any dentry.

Measuring the decline in diversity

The focus on teeth was a way to examine a segment of dinosaur diets and thus how they were faring before and after the Cretaceous-ending extinction event. Researchers wanted to see if the eventual extinction of toothed birds and associated theropods was part of a long, gradual decline in numbers, or if those families of animals were doing well up until the asteroid hit, in which case that abrupt shift in ecology would explain their demise. These possible trends could then be used to explain why toothless members of maniraptora survived to become the birds we know today, even after other lineages collapsed.

The key evidence that was compared was serrations along 3,104 different fossilized teeth. While we know larger theropod predators sported these serrations to help them carve up meat, this study focused on maniraptors, which includes the families that would eventually lead to our modern feathered friends. Across the spectrum of species, researchers found an impressive amount of diversity before the asteroid strike, indicating that the world’s various ecosystems were supporting a variety of species quite well. Only after the asteroid hit did the diversity of tooth-types start to plunge, especially among species that were suited to eat fresh meat and plants.

The most successful survivors were birds that could live off of durable, preserved pieces of food, as fresh sources of food were scarce in a world blasted by heat, rock, and everything else. For these ancient animals, durable food didn’t mean canned soup or Twinkies of course, but tough seeds that would last longer than leafy greens in a post-asteroid environment. These seeds would been hard to smash open with thinner, blade-like teeth, giving advantage to toothless species. Once the smoke, dust and ash settled, these lineages of bird had a chance to diversify further, although it’s clear that the teeth never really made a big comeback.