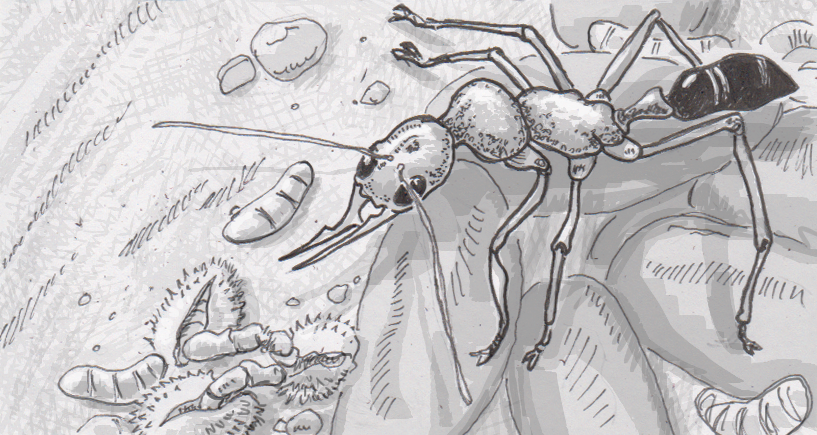 The many ways that ants select and make new mothers

The first requisite for motherhood in vertebrates is to be female, but many bugs toss that rule out in favor of a more nuanced system. With most of their populations being female, social insects like wasps, bees and ants usually designate specific individuals to be everyone’s mom, a role usually referred to as the “queen.” Wasps can actually trade this role, bees can instigate it with food, but ants really make it hard to become a parent. Specifying exactly what’s needed to become an ant queen is hard, largely because it varies so much between the 12,000 types of ants in the world. Pheromones, genetics and more come into play, and even if a larvae seems destined for royalty, that honor isn’t always easy to hang onto.

Judging nobility with their noses

Indian jumping ants (Harpegnathos saltator) raise batches of would-be queens each year, although ideally they’ll mature around the time for summer rains. That way, the new “princesses” can take leave to start a new colony  when environmental conditions are most favorable.

As larvae, these princess ants will secrete a pheromone that communicates their probable destiny to their worker sisters in the colony. If the timing is right, these future-moms will be well taken care of so they can spread the colony’s DNA. If it’s not a good time for a mating flight, the workers block any coronation by biting the princess, stressing her body and causing her to mature into another worker instead. The pheromone signal is strong enough to even convince workers a male larvae might become a mom, as they don’t have time to learn biology when resources may be on the line.

This sense of maternal destiny has also been observed in a harvester ant species from the southwestern United States, Pogonomyrmex rugosus. In that case, specific pairings of current queens and males were more likely to produce new princess larvae than others. There are still likely environmental factors involved in this role selection, but studies with manipulated breeding in these ants make a strong case for caste determination, wherein parenting is not equally available to all members of the species.

On the opposite, more egalitarian end of the spectrum, some species are more like the wasps ants evolved from, and rely on gamergates. Gamergates are basically queens, but when they die, the colony can easily promote another worker to become the new mom for the colony. These working mothers only exist in species where queens don’t have significant anatomical differences from the rest of the population, such as larger bodies or wings.

Finally, some ant species hedge their bets by allowing for more than one queen at a time. The unusually cooperative Argentine ant (Linepithema humile) will often have three to four queens laying eggs at a time, which allows their populations to expand very quickly. The queens are still queens from birth, but at the very least an individual queen’s survival isn’t as important for the colony to carry on.

That doesn’t mean that multiple queens guarantees a big, cooperative nursery. If a queen is laying fewer eggs than her fertile counterparts to save her own energy, she’s more likely to be attacked by the workers that tend to her. She might have more strength to fight back, but angry workers can also overwhelm and starve the reluctant queen. In some cases they do this until only one queen is left, but occasionally things get out of hand and the workers will wipe out all their queens. In this case, if a new queen isn’t growing up to replace the victims of regicide, the colony will likely collapse as their populations dwindle.