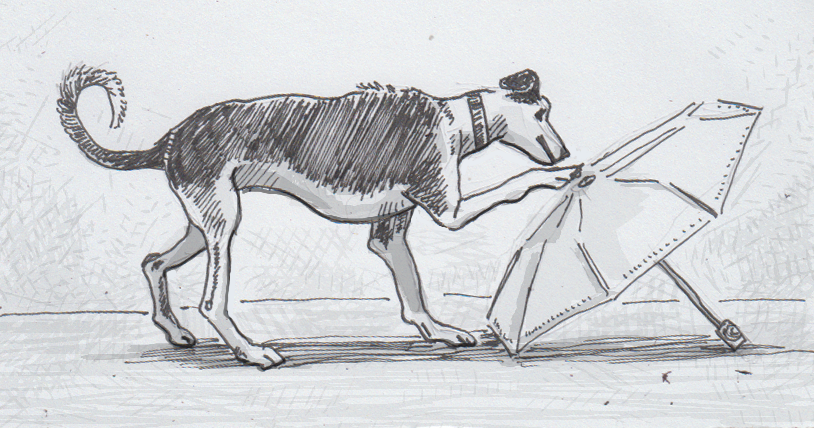 My second grader knows how to make her (and her younger brother) breakfast. She also knows how that process went this morning. Both sets of information involve memory, but the latter is known as episodic memory. This actually isn’t terribly remarkable for a human to make use of, but researchers looking to understand how brains function have been looking for signs of episodic memory in other species. Unsurprisingly, primates seem to handle this kind of event-specific memory just fine, but so do pigeons, rats and now, dogs.

To test if dogs kept track of individual events, researchers first trained them to copy their movements when given the command to “do it!” So for example, a trainer would jump, and if the dog imitated them once told to “do it,” the dog would get a reward. This then allowed for a trigger that could be used to gauge what information dogs could recall, even if they weren’t warned what information would later be relevant.

The second phase of the experiment put the dogs’ memory to the test. Trainers acted out some unusual, new movement in front of their dogs, such as touching an open umbrella. The dog was then taken behind a blind so they couldn’t watch the umbrella for anywhere from one to sixty minutes, in order to break up that memory from their current experience. When returned to their original location and prompted to “do it!” the dogs were able to correctly imitate the trainer’s previous action of touching the umbrella, even if it had been witnessed an hour ago. In this way, the dogs showed that they had a memory of the previous event, even if they had never been trained to pay close attention to the odd action their trainer had demonstrated.

The depth of rats’ recall

The depth of the dogs’ understanding isn’t clear at this point, and this study also didn’t dig into how many events the dogs could keep track of. A separate study of rats however, found that animals may be able to juggle information from many different episodes in their memories. When trained to respond to novel combinations of smells, rats were found to keep track of over 30 distinct events in their memories. Beyond basic recollection, rats were able to learn “rules” for different tasks and then change them in response to new contexts based on previous tests.

Between dogs, rats and primates, it seems that episodic memories may have arisen as a way to deal with remembering and potentially predicting the actions of social contacts. Learning to interact with all members of a species is one thing, but remembering past interactions with specific individuals allows an animal be much more deliberate in their actions with peers. A next step is to try to measure how well animals can apply these memories to completely new situations, and how much they guide their memories overall. In the process, maybe they’ll also find out if other species are as biased towards anecdotal information as humans are.

Source: Your Dog Remembers Every Move You Make by Jon Hamilton, Shots