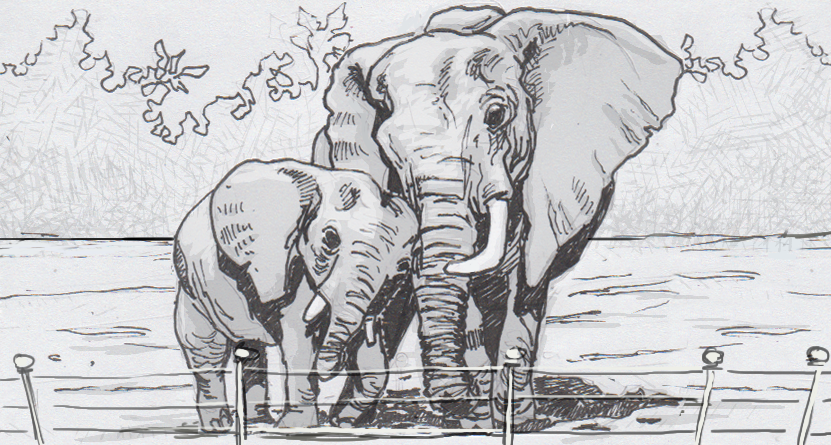 If you’ve ever been to a major zoo, there’s a good chance you’ve seen an elephant standing in place, swaying nervously from left to right. Sadly, this wasn’t because she had that summer’s hot jam running through her head, but was likely due to stress associated with living in captivity. A massive survey of 68 North American zoos found that close to 75 percent of captive elephants exhibit such signs of unhappiness in their enclosures. However, the survey also found that the enclosure itself probably wasn’t the problem, unless it contributed to the elephants’ loneliness and boredom.

The study checked on a multitude of attributes that might affect elephants’ well-being, including enclosure size, materials, management, and more. While some material issues did make a difference to the animals’ health, such as cement floors being harder on elephants’ legs and feet, the available space didn’t matter as much as expected. This was surprising since elephants are obviously large animals, but are also accustomed to traveling decently large ranges of land, sometimes extending over 62 miles if water sources are hard to come by.

Instead, it appears that the inner life of these captive pachyderms is what made the biggest difference to their health. Elephants that were able to maintain social contact with other elephants, especially younger elephants, fared better than those isolated for one reason or another. Ideally, that social stimulation was complimented by mental enrichment in the elephants’ care routines. For example, some zoos set up puzzles or scavenger hunts around feeding time, requiring that the elephants actively unlock containers or search for hidden packets of food in order to provide them with some mental stimulation in their otherwise predictable habitats. This doesn’t mean that elephants don’t enjoy some sense of stability though, as animals that were moved around multiple times per year seemed to be more emotionally stressed.

The benefits of happy elephants extend beyond more upbeat animals. In addition to higher energy levels, happier elephants are more reproductively successful, to the point that it was used as a measuring stick in this study. This provides an additional incentive to keep a zoo’s pachyderms happy, since birth rates of captive animals is now unfortunately important to conservation efforts as wild populations struggle around the world.