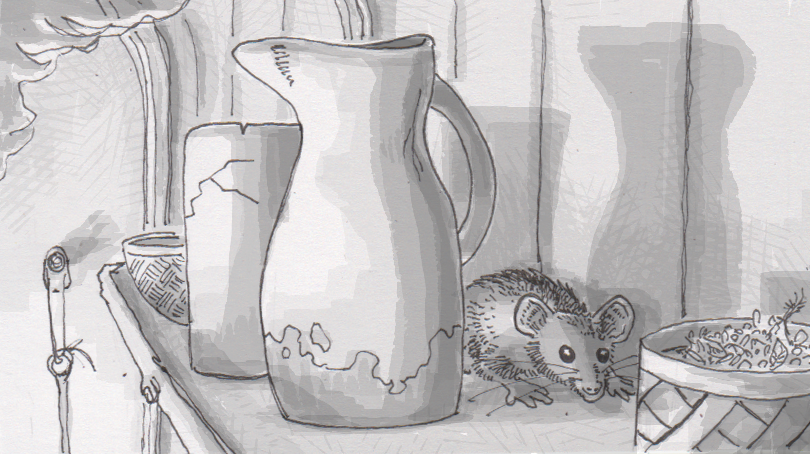 Mice moved into human homes before we could farm for food

The story of domestication sometimes sounds like a weird version of the Old Woman Who Swallowed a Fly. Dogs were domesticated to eat our leftovers. Mice moved in to eat our farmed grain, and then cats were domesticated because they ate our mice. This pets-as-digestive-tracts model has been falling apart though, because even if the logic of it seems sound, the evidence isn’t really backing it up. Dogs probably did like our scraps, but so did cats, who have never been proven to be brought indoors to actually do anything about the mice. The mice themselves may not have turned up because of our farmed food, and likely moved into human settlements before anyone knew how to farm at all.

Researchers examining archaeological sites in Israel started comparing the mouse teeth that were found at various settlements. These ancient settlements were from as far back as 200,000 years ago, and included periods when humans made houses but didn’t farm to more modern dwellings that were built when people were cultivating their own plants. On the older end of this spectrum were the Natufians, who built stone houses, buried their dead, but didn’t plant any seeds to harvest. They were somewhat comparable to the modern Masai people of Kenya, who also build settlements without growing any crops (although they don’t quite hunt-and-gather either.)

A tale of two tails

The first mouse turns up in the archaeological record 15,000 years ago. These mice were longer-tailed than their wild relatives, and quickly came to dominate the remains found in human settlements. When these settled Natufians had to become more nomadic again 3,000 years later, the mice changed too, with the long-tailed house mouse populations decreasing. These trends were reversed one more time around 11,500 years ago when people really started farming, at which point the house mice took over indoor spaces once again. These population ratios also fit with what’s found around Masai settlements. Even if the species are different, there’s a similar balancing act between indoor, long-tailed mice and outdoor mice with shorter tails.

This study doesn’t close the book on why mice came to live near people, but it suggests that growing grain wasn’t their primary motivation. Instead, it’s probably closer to the generalized scavenging made possible by being near people that attracted dogs and cats into our lives as well. As for the difference in tails, there’s a chance that a longer tailed helped the mice be more maneuverable and better escape danger, which would have been helpful when people trained their dogs to start catching them.

My second-grader said: As far as the tail-lengths go, “I have to disagree with that hypothesis.” There are lots of predators in the wild that a mouse would need to avoid, so why would being able to escape become more important inside a house?

So… yeah, it seems like a fair point. Also, some animals are known to have shorter or even detachable tails to avoid predators. A cheetah’s long tail helps it steer while it runs, but the prey they chase usually avoids long tails.

Maybe the longer tails were actually being used more like a monkey’s tail, as rats and harvest mice (Micromys minutus) have partially and fully prehensile tails, allowing them to hang on to more surfaces and crannies while maneuvering weird spaces, such as human-made shelves, boxes, etc.

Source: Mice lived with us 15,000 years ago even before farming took off by Sam Wong, New Scientist