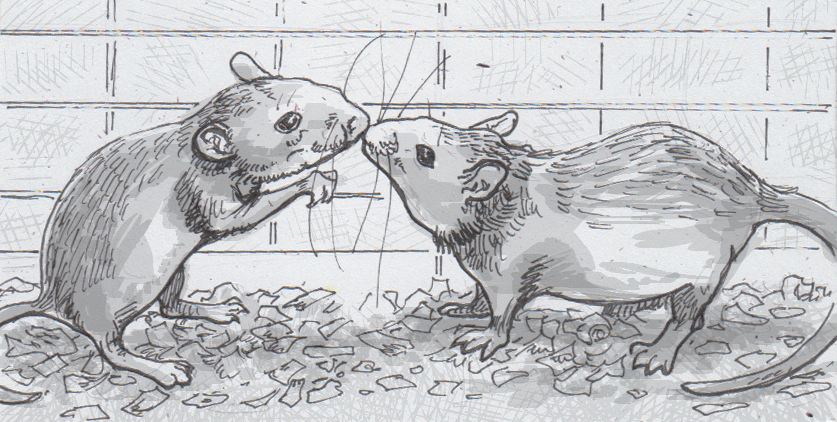 You’ve probably smelled something so bad that it made you feel nauseated, but have you ever smelled something so bad it hurt? That may sound bizarre, but smell is the leading hypothesis to explain how mice are transmitting what amounts to contagious pain. It’s not that one sniff of an injured mouse makes the other recoil in agony, but mice in proximity of suffering neighbors had notably lower pain tolerances, despite being injury-free.

This unexpected dynamic was found among mice undergoing alcohol withdrawal living in close proximity to healthy, normal mice. The mice in withdrawal are known to have lower pain tolerances than usual, and even a small poke on the foot with a thin fiber can elicit a pained response. Mice in neighboring cages were somehow very sympathetic to this experience, as they also exhibited lower pain tolerance in their feet, almost like a learned response. There’s a chance that mice witnessing the pokes were reacting to what they saw happen in their alcohol-dependent peer, but a second examination showed that this pain could be transmitted well after the poke had occurred.

The case for smelling pain was built through this asynchronous sensitization.  If a poked mouse slept in a particular bit of bedding, their painful experience seemed to linger in that spot. Mice that later had a chance to sniff around the bedding showed symptoms of lower pain tolerance, suggesting that the original mice somehow emitted a pain-signalling odor when their foot was poked.

The exact chemical signature of the smell still hasn’t been determined, and there’s a good chance a similar analogue may not ever turn up for all mammals. The gap between human and mouse odor-detection is immense, and so if a form of contagious pain is ever discovered in humans, it’s much more likely to be based around sense we rely on more, like vision. At the very least, it offers new insight into pain levels that seem to fluctuate without a clear source of fresh injury. If some pain really is all in our head, some it might be getting triggered through our nose, eyes or ears.