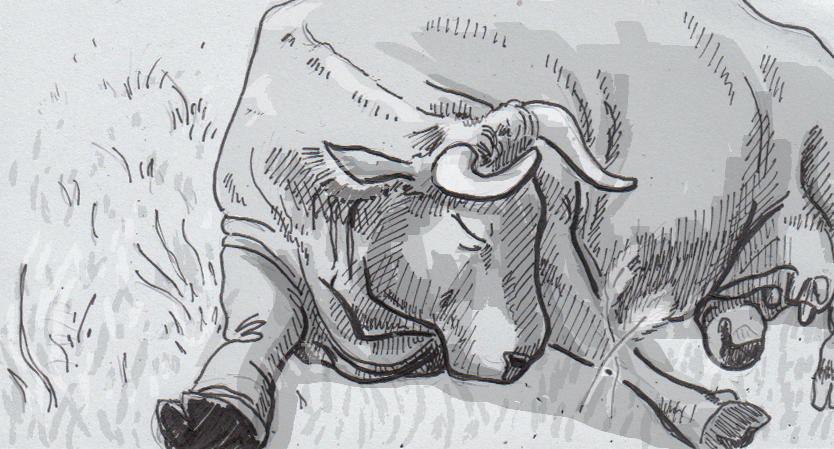 Milk from sleepy cows soothes thanks to natural sedatives

Sometimes, what was regarded as an old-wives-tale and then held up as a placebo turns out to be some solid chemistry. The notion of having a warm cup of milk before bedtime is an old idea, but there were doubts about if it could affect your circadian rhythm and help you get to sleep. The missing piece of this story was the circadian rhythm of the cows providing the milk. If you have that glass of milk at your, and the cow’s, bedtime, it may just do the trick.

The sleepy ingredients in sleepy cows’ milk are tryptophan and melatonin. The typtophan is a common component of all milk, and there have been doubts about it if could possibly overpower the effects of proteins that would prevent it from adjusting your sleep. New research is finding that both natural sedatives are expressed in higher concentrations from cows milked at night, and made measurable differences in the behavior of mice in controlled environments. The mice consuming milk from night-owl cows not only appeared drowsy, but also less anxious about their surroundings.

It should be noted that these effects haven’t been proven in humans yet, although that doesn’t mean you can’t ease yourself to sleep with some soporific dairy products. A German company, Milchkristalle GmbH, has already patented melatonin-laden milk mixes, obtained from cows in the wee hours of the night, under darkened conditions to keep their circadian rhythm on track. Even if the melatonin and tryptophan aren’t proven to do much, the ritual of drinking a special elixir might be enough on its own. A regular routine before bed can act as a placebo, signaling to your body that it’s time to sleep, even if there’s not really an external, chemical stimulus at work.

Source: Night milk: milk taken from cows at night might be the sleep aid you need by Mahita Gajanan, The Gauardian